Refugees rescued off coast of Samos transferred to Piraeus

The 34 refugees who were saved by the Coast Guard when their boat capsized off Samos have been transferred to Piraeus. The survivors… 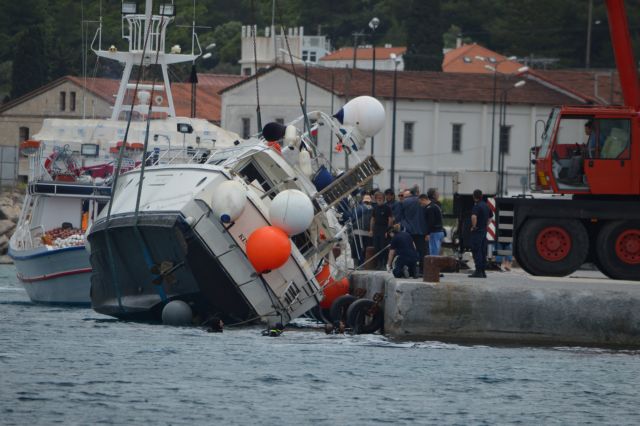 The 34 refugees who were saved by the Coast Guard when their boat capsized off Samos have been transferred to Piraeus. The survivors – amongst whom are 7 Syrians, 24 Somalis and 1 Eritrean – were welcomed at the port by SYRIZA MP Vasiliki Katrivanou, who is head of the opposition party’s Human Rights Department.

Mrs. Katrivanou spoke to journalists and argued that there was no State official to receive the refugees and underlined the need for a special area to house them. The SYRIZA MP argued that what was going on in the Aegean was “criminal” and argued that the EU must change its migration policy.

Last week the Minister of Public Order Nikos Dendias announced that the deportation orders of the 34 refugees have been suspended for six months on humanitarian grounds. Meanwhile, the Council of Europe has expressed its concern about the latest tragedy in the Aegean and requested an in-depth investigation.

The traffickers appear to be Syrians – two of whom were amongst the rescued refugees – and used a sailboat and smaller inflatable craft to transfer the refugees. The Coast Guard believes that the sailboat left from a marina in Turkey with a western part of Greece or Italy being its intended final destination.

Refugee reports suggest that the sailboat capsized due to a rapid inflow of water. The boat sunk quickly, as 18 of the bodies recovered were located in cabins the doors of which were unlocked.