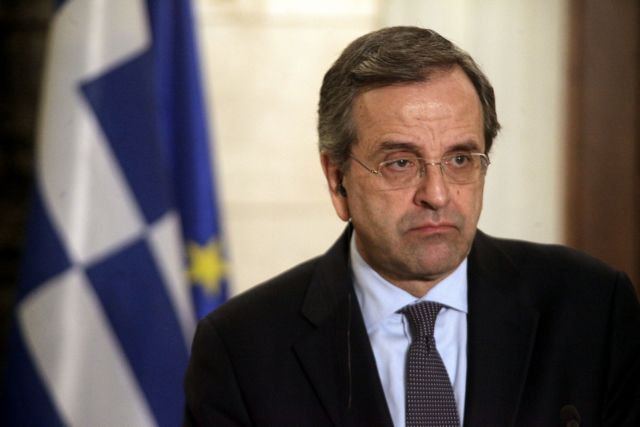 The Prime Minister Antonis Samaras spoke before New Democracy’s parliamentary group today in an effort to rally his party members ahead of the upcoming double elections.

In his speech, Mr. Samaras claimed that “never before has so much been achieved in so little time” and launched an attack against SYRIZA and the opposition.

The party leader remarked that SYRIZA’s vision “is a nightmare” and accused the opposition of constantly broadcasting divisive messages. Additionally he accused SYRIZA of being an “enemy” of progress and supporting terrorists!

Mr. Samaras asserted that the opposition leaders would “disappear” along with the crisis and argued that his coalition government would not impose any new measures nor agree to a new bailout.