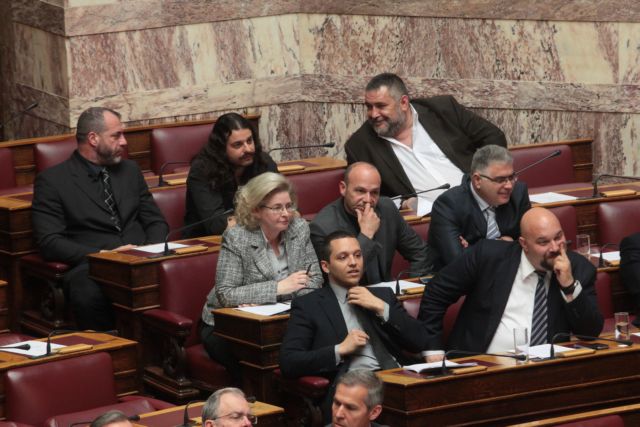 The investigative judged handling the Golden Dawn case have requested that Parliament issue an immediate decision regarding the immunity lift of Golden Dawn MPs who are facing felony charges, in order avoid time limitations.

The two judges, I. Klapa and M. Dimitropoulou, argued that the immunity lift will help conclude the judicial investigation as soon as possible, as a present there are 66 people involved, of whom 29 have been detained. Greek law states that the judicial investigation must be complete within 18 months, otherwise the defendants may be set free before their trial takes place.

The two judges recently completed the judicial investigation of the suspects who are not politicians, after they received supplementary statements from Giorgos Roupakias and Yannis Kazantzoglou for their direct involvement in the murder of Pavlos Fyssas in September 2013 and participating in Golden Dawn’s criminal organization.

The neo-Nazi party commented that the charges against them are “ridiculous” and claimed to be the victims of political persecution.