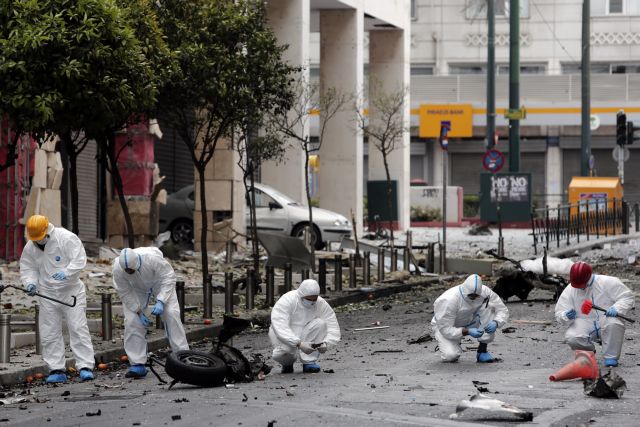 The coalition government spokesman Simos Kedikoglou was first to comment on the car bomb explosion that shook Athens early on Thursday and stated that “the intentions are obvious, however the government will not allow the terrorists to get their way”. The government Vice President Evangelos Venizelos noted that “some try in vain”, on his way out from his meeting with the Prime Minister in the morning.

Opposition leaders SYRIZA released a statement arguing that “all the bomb attack outside the Bank of Greece achieves is to create a generalized climate of fear and disorientation that supports oppression” and that “our people has its own means to fight, the collective peaceful struggles for democracy and social justice”.

The ANEL spokesman Terence Quick stated that “the people’s response to the bailout and troika coalition government cannot be in the form of terrorist actions, it can only be voting and implementing article 120 of the Constitution”. Drasi condemned that attack in downtown Athens and commented that “bombs are not arguments; people who employ such methods will face all democratic citizens”.

The Minister of Health Adonis Georgiadis tweeted that “the panic of everyone who wants Greece outside the euro is clear. First the video, now the bomb. They will fail! Greece has succeeded! We are moving forward”. SYRIZA MP Dimitris Papadimoulis stressed that “the car bomb does not harm the Banks and the system. It harms the country and Democracy. Terrorism feeds the authoritarian state”.