The public hospital employees have decided to go on strike over the huge staff shortages and lack of materials, while holding responsible the Minister of Health… 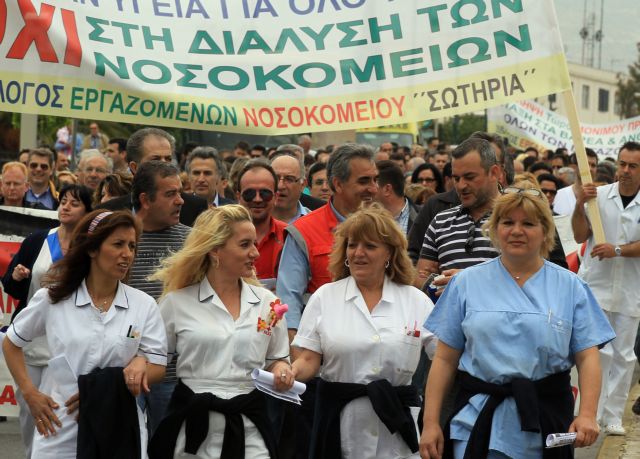 The public hospital employees have decided to go on strike over the huge staff shortages and lack of materials, while holding responsible the Minister of Health Adonis Georgiadis. The employee federation POEDIN has spoken of “third-world” healthcare and employment.

As such, POEDIN decided to arrange demonstrations between 8am and 10am at hospitals. The federation has also called its members to gather outside the Health Ministry before attending the 24-hour joint GSEE and ADEDY strike on Wednesday. On Friday the 11th of April there will be a five-hour walkout and a demonstration outside the Health Ministry and regional healthcare services at noon. A major wave of protest action in the healthcare sector will begin on the 28th of April with a 24-hour strike.

The federation has complained about serious staff shortages, as about 15,000 employees have retired and their positions still remain vacant. Additionally, POEDIN notes that the Health Minister suddenly decided to abolish (and as such, suspend) all hospital drivers and night guards. The federation reports that the suspended drivers will be transferred to the EKAV ambulance services in an effort to address staff shortages here, by creating even bigger ones in the hospitals.

According to the employee federation, collective redundancies are to follow as various hospital services are being conceded to private interests. The hospital doctor union of Athens and Piraeus (EINAP) argues that this will have an effect on the quality of services provided, while the additional cost is passed on to patients.