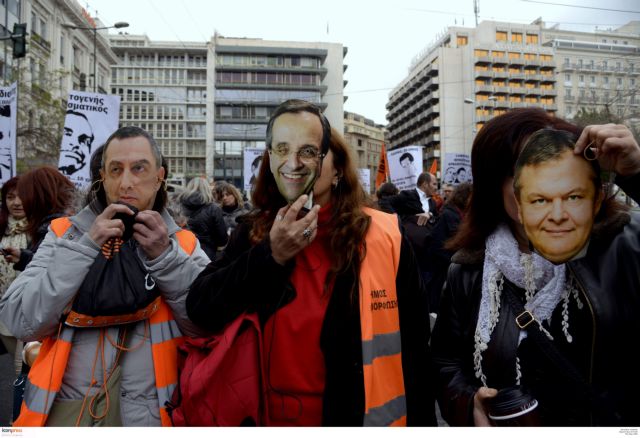 The secondary education teacher federation OLME and the local government employee union POE OTA have organized a nationwide demonstration against the government’s suspension and dismissal plans.

Despite the police announcing a ban on public demonstrations, due to the official visit of German President Gauck, tThe demonstration at Klafthmonos Square will begin at around 1pm. The demonstrators will also march to the Ministry of Administrative Reform.

The 8-month suspension period of the school wardens ends on the 22nd of March, meaning that unless the government appoints them to other positions in the public sector, they will then be dismissed. OLME has demanded an audience with the President and Prime Minister to resolve the issue.

The teacher federation has also announced two three-hour walk outs (11am to 2 pm and 2pm to 3pm) in order to make it easier for school teachers to attend the demonstration in down town Athens.

POE OTA issued a statement demanding that all suspensions be repealed, that the suspended employees return to their posts and have their insurance and pension plans recognized.