The Greek economy will return to growth in 2014, stated Prime Minister Antonis Samaras, after his meeting with the Finnish Prime Minister Jyrki Katainen. Mr. Samaras stressed… 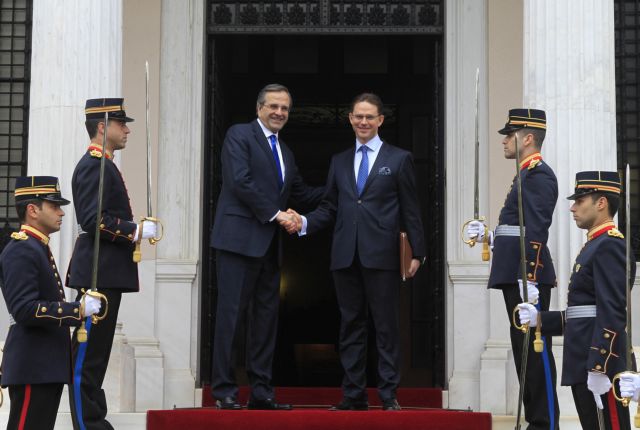 Mr. Samaras explained that agrees with Mr. Katainen’s estimation that structural reforms are necessary, while highlighting the importance of the primary surplus in overcoming problems of credibility.

The Finnish PM remarked that Greece has made some impressive results, before underlining that the battle has not been won yet and that further work is needed to improve competition and implement reforms. Mr. Katainen appeared confident that Greece would achieve its goals.

The two prime ministers met today to discuss the latest developments in Ukraine, with Mr. Samaras explaining that Greece will support a political solution that is viable and can ensure stability in the country.