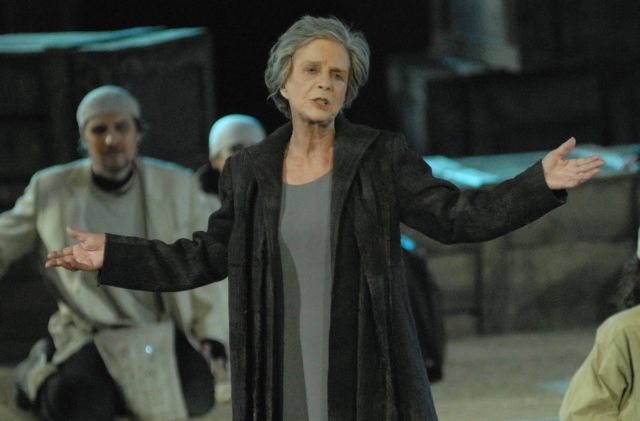 One of Greece’s most important film and stage actresses, Antigoni Valakou, passed away at the age of 83. Mrs. Valakou had been hospitalized at the Evangelismos for about a week.

Valakou was born in Kavala in 1930 and her family moved to Athens when she was 16 years old. She developed her passion for acting in her final years in high school and got her theatrical roles in 1946. In the early 1950s she became known as an “ingénue”, before joining the National Theater, where she starred in productions of plays by Shakespeare, Charles Morgan, Bernard Shaw and Jean Anouilh, Arthur Miller and many more.

Her career spanned six decades and she received multiple awards for her performances throughout the years. Amongst her most well-known performances was Ophelia in the 1955 production of Hamlet, the protagonist role in a 1957 production of Ann Frank and Elektra as directed by Spyros Evangelatos in 1972. Her most recent appearances on stage were in the title roles in Martin Sherman’s Rose in 2000 and Stephen Temperley’s Madame Flo in 2011.

She also appeared in a number of films, Golfo by Orestis Laskos, The Skies Are Ours and The Car by Dinos Dimopoulos, Lost Dreams by Alekos Sakellarios and many more. She also worked in radio and later in television, mostly in the adaptation of plays.