Parliament to decide on Papakonstantinou indictment 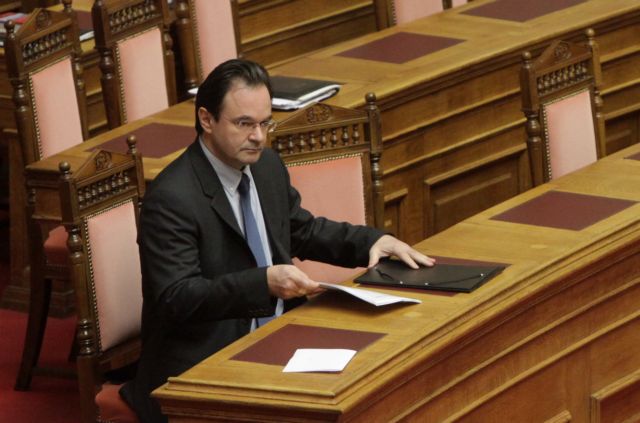 The Parliamentary Assembly will convene this afternoon at 5pm in order to discuss the indictment of former Minister of Finances Giorgos Papakonstantinou over the controversial “Lagarde List”. Mr. Papakonstantinou will address the Assembly.

The Assembly will discuss the findings of the Committee which was charged with the investigation of the scandal and the likeliest scenario is that the former Minister will be indicted.

The MPs will be asked to vote in favor or against the Committee’s findings, as well as the findings of the opposition parties.

Should Mr. Papakonstantinou be indicted, the next step will be to form a judicial council, comprised of five senior judicial officers.