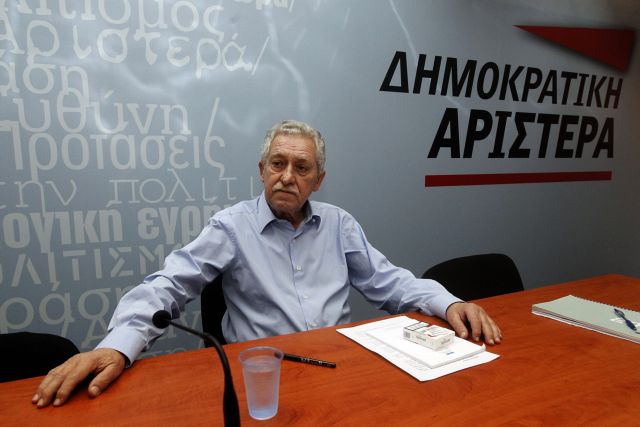 After last night’s departure from the coalition government leader meeting, the climate at DIMAR has been rather gloomy. The final decisions on DIMAR’s stance will be made at the joint meeting of the party’s Parliamentary Group and Executive Committee.

Many DIMAR officers were furious, since they supported the Samaras-fronted government at huge political cost and the Prime Minister ignored their wishes on important issues, such as the controversial anti-racism legislation and ERT.

Mr. Kouvelis’ comment on the possible departure of his party from the government has been viewed in a positive light by his political audience. Three camps are emerging from the latest developments, the smallest of which wants to continue supporting the government. The other two larger groups are split between leaving the government and simply giving a vote of confidence.

DIMAR officer Nikos Bistis accused party president Kouvelis for his “absurd stance” and commended PASOK leader Evangelos Venizelos as a “voice of reason”, via his facebook account. DIMAR MP Vasilis Economou spoke on ANT1 TV’s morning chat show and explained that he respects Mr. Kouvelis and will remain with DIMAR. Fellow DIMAR MP Spyros Lykoudis noted that “we are the responsible Left and we want to prove that we are also the democratic Left”.