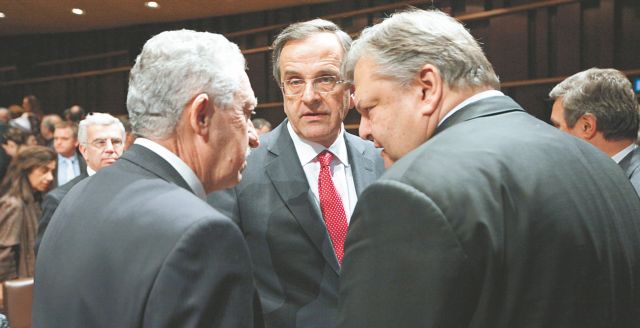 The afternoon meeting between the three government partners is expected to be tense, as the latest information suggests that none of the three leaders intends to back down from their demands.

The State Council’s temporary order to reopen ERT (and the equally-controversial interpretation of that order) is at the center of the latest crisis. Prime Minister Samaras is worried about these developments and is rumored to have contacted PASOK chairman Evangelos Venizelos.

The purpose of Mr. Samaras phone-call was to come to an agreement with Mr. Venizelos, to no avail. The PM’s office claims that the PM has suggested three alternatives to the PASOK and DIMAR leaders, all of which have been rejected, without “convincing arguments”.

These developments have alarmed the Prime Minister’s staff, to the point of questioning the real intentions of Venizelos and Kouvelis. They consider ERT to be the excuse and cover for a systematic attack against Mr. Samaras.

Furthermore, the PM’s staff and associates claim that ERT is not the main issue, since PASOK and DIMAR have demanded that the controversial legislative act regarding the operation of public utilities and organizations be repealed.