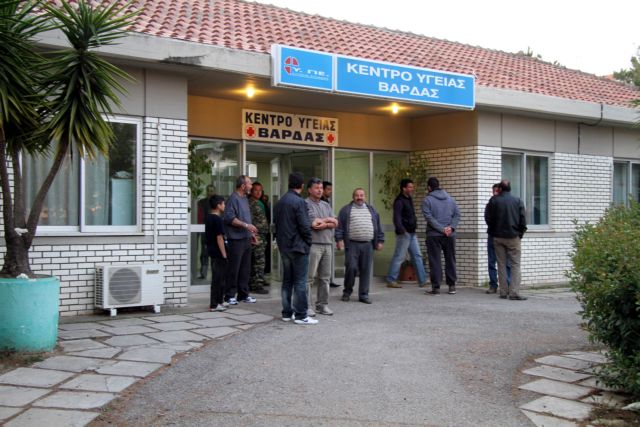 A serious incident between immigrant workers and foremen took place on Wednesday afternoon at Nea Manolada, near the 410th km on the Patra – Pyrgos national high-way in Ilia. According to the report of the Police Directorate of Western Greece, about 200 immigrants from Bangladesh and Pakistan who work on a strawberry farm demanded from the foremen that they be paid 6 months worth of wages they were still owed.

At least two of the three Greek foremen opened fire with a hunting rifle against the workers. According to the police at least 8 workers have been seriously injured, with another 20 having suffered light injuries. Local media outlets report that the lightly-injured workers are 34 and have been taken for treatment to the Vardas Health Center and local hospitals.

The employer, who was not present during the incident, has been arrested and faces charges of instigating the serious crime. The police have identified and are looking for the three perpetrators aged 21, 27 and 39 years-old, who are local residents. A 38-year-old man in a village near Pinia of Ilia was arrested around noon today on charges of harboring felons, because he provided shelter to two of the wanted men last night.

The serious incident does not come as a shock to local residents, who claim that immigrants have routinely been subjected to exploitation. There are thoughts about a boycott against strawberries from Manolada. The mayor of Andravida-Kyllini Dimitris Arvanitis spoke to Mega TV and Vima 99.5 FM this morning and attempted to play down the event. Mr. Arvanitis claimed that the particular businessman is not local and has based his business just outside his jurisdiction.

The president of the Amaliada Worker Center Natasha Panagiotara contested the mayor, claiming that the exploitation of immigrants is a widespread phenomenon amongst the strawberry farmers of Nea and Palia Manolada. Mrs. Panagiotara explained that no checks are made regarding their working conditions, likening the situation to “an employment slave trade”.

According to the Mayor, the unpaid immigrants clashed with newly-hired workers, leading to the armed intervention of the foremen. Reports indicate that at least of the foremen directly aimed the workers. Of the 29 wounded workers, three are being treated in Rio and four in Pyrgos for chest wounds.

The Minister of Public Order Nikos Dendias commented on the case and explained that “exploitation of our fellow men is not acceptable, nor their attempted murder» in contemporary Greek society, while stating that the police will work towards maintaining the law.