Lavrov: We were friends with the Greeks but they submitted to American demands 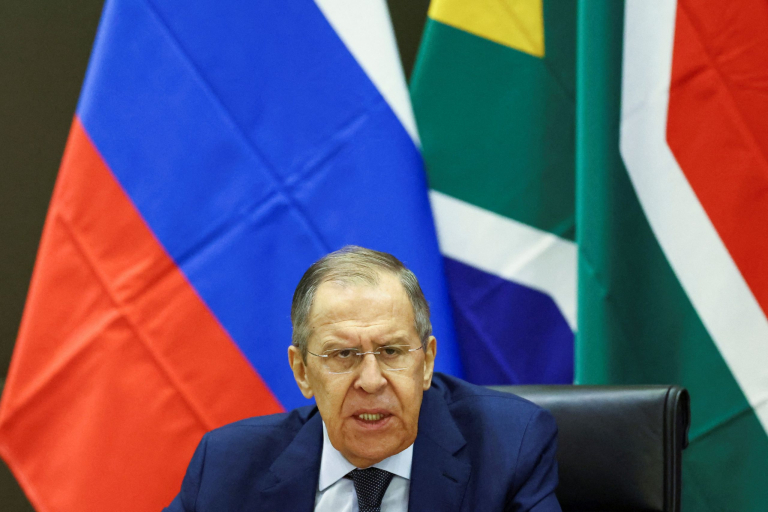 Russian Foreign Minister Sergei Lavrov’s expressed dissatisfaction with the position Greece has maintained in the war in Ukraine.

Russian Foreign Minister Sergei Lavrov expressed his dissatisfaction with the position Greece has taken in relation to Russia’s invasion of Ukraine, through the Russian embassy in Athens.

“We were friends with the Greeks. We noted the transformations in the country’s leadership. She was forced or she herself agreed to submit to the American demands. We have drawn the conclusions in relation to those who so happily supported aggression against Russia,” the embassy’s tweet reads.

With this tweet, Russian Foreign Minister Sergei Lavrov expressed his displeasure through the Russian embassy in Athens, in an unprecedented reaction to the position Greece has maintained in the war in Ukraine.

The tweets continued: “In recent years Greece and Cyprus have been among the friendliest countries to us. We had a huge number of joint cultural and educational events. Economic cooperation was actively developing for the sake of mutual interests. The speed with which they moved not only to the “camp” of those who signed the sanctions, but also to the group of leaders of anti-Russian actions, was strange. It reflects the imposed line of aggressive confrontation and not the interest of the Greeks,” the Russian embassy in our country says, echoing the words of Sergei Lavrov.

It is not, however, the first time that the Russian Ministry of Foreign Affairs has attacked Greece. In March 2022, again through the channels of the Russian embassy in Athens, Maria Zakharova, the representative of the Russian Ministry of Foreign Affairs, attacked Athens: “We paid attention to the unprecedented campaign launched in Greece to discredit Russia’s policy. Top officials in Athens allow themselves to make gross accusations against our country and its leadership, literally competing with their peers in this. They are hypocritically talking about an “unprovoked attack” against Ukraine, for the first time since World War II, a “massive invasion” etc., Maria Zakharova noted at the time.

The representative of the Russian Ministry of Foreign Affairs launched an attack against Athens in April 2022, on the occasion of the expulsion of Russian diplomats. “The Greek state, which was created thanks to the help of Russia with the first leader being the foreign minister of Russia, was effectively left without diplomatic relations with our country. And this, despite the fact that we share the same faith with the Greeks, we inherit the same tradition and in general we have never refused to help our Greek friends”, he noted.