Deutsche Bank: Are Greek banks the alternative in the European lending sector? 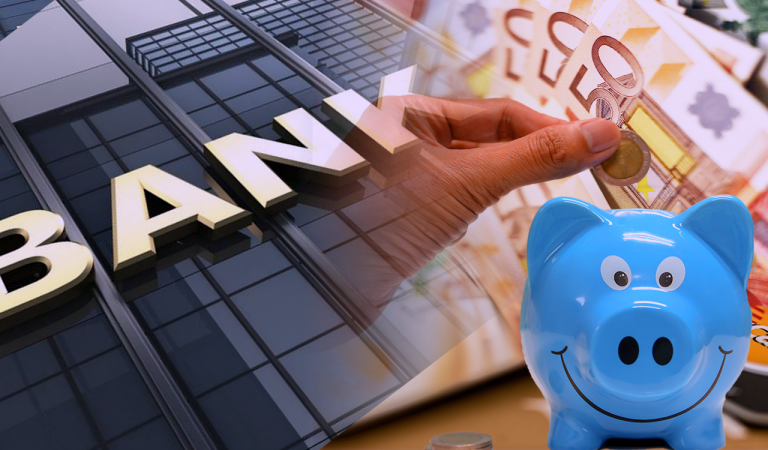 Although Greek banks have outperformed European banks by around 25% YTD, mainly reflecting strong recovery potential following the massive liquidation of old payments, Deutshce Bank reckons they still remain off the radar of most investors.

In its analysis of Greek banks, DB states that a possible reason is the concern that exists for these banks that they are more prone to collapse, as was seen in the previous crisis.

“However, as we try to show through this report, it could also be the other way around, as the banks have already faced a major restructuring and are now more solid (especially Ethniki and Eurobank) while Greece has shown significant momentum in its economy supported by a stable government,” say the bank’s analysts.

DB notes that most of the cleanup has either been done or is in the works now. With industry NPEs in the single digits, they expect potential headwinds in the economy to lead to slightly worse forecasts than previously (growth of around 11% in ’22 and around 7% in 2023/24E respectively, leading to a CoP of 65 basis points in 2024).

This seems manageable, with limited risk, especially for the banks with higher coverage (NBG and Eurobank).

SEE THE REPORT IN DETAIL

On average, the NII for the sector beat expectations by about 6%, with Alpha and Ethniki recording the highest beats.

Overall, Greek banks’ revenues beat expectations by around 8% on average. On the other hand, expenses remained fairly in line with expectations and any concerns about the cost of risk seem overblown, looking at the quarter’s asset quality performance, with no deterioration seen yet.

In the view of the German bank’s analysts, this could be more of a phenomenon for 2023 (although limited and not reaching the worst levels).

They even believe that there is a combination of different factors driving this performance, starting with a good overall macroeconomic outlook, as Greece is set to maintain higher GDP growth than other EU countries.

It also appears to be continuing to implement fairly orthodox policies in its bid to control debt and speed up debt payments to the EU.

In addition, political stability looks more likely, despite elections coming up in July 2023, DB points out, adding that banks’ fundamentals are also growing, with profitability boosted by NII, which benefited from higher volumes and recovery of interest rates.

Although the impact of interest rates could be somewhat more short-lived than in other countries, strong volumes are currently hard to find anywhere else in Europe.

Meanwhile, the two main concerns from the past are showing significant improvements, with asset quality converging to more normal levels (although the NPL ratio is still 5 percentage points above the European average) and funds showing fairly strong performance (although National and Eurobank are likely to be overcapitalised, subject to large contribution from DTCs).

They are still cheap, but… are Greek banks a real alternative in the industry?

While Italy and Spain have seen political instability and/or populist decisions regarding banks (eg the Spanish bank tax), Greece has enjoyed stability and orthodox economic decisions that are contributing to the country’s strong recovery, the report said.

Furthermore, Greek banks remain cheap in absolute terms and it’s hard not to believe there might be a buying opportunity in some of them.

However, it should be noted that the recent outperformance has made it so that investors can count on roughly similar cheap alternatives in other Southern European countries, which do not differ much in potential returns and multiples.

This does not mean that we do not find these banks quite attractive, but we insist on preferring the most stable option at a reasonable price (NBC) and the best value on a risk-reward basis (Alpha Bank).

Despite the strong outperformance, we still find value in National Bank (Buy, TP E5.10, unchanged) which remains a reasonable pick given its outstanding capital and overall solid asset quality.

This, combined with its strong profit recovery performance, will make it the preferred choice for investors looking for significant improvement in profitability combined with limited structural risks.

They also note that Eurobank (Hold, IT E1.45, unchanged) remains stable and better suited to withstand a more negative financial situation than its peers (excluding National). However, upside potential remains limited as it trades not far behind many other names in southern Europe.

Piraeus Bank (Hold, TP E1.80, from E1.60) is perhaps the nicest surprise of recent years, as better earnings prospects than revenues, and especially rising capital levels (albeit very low), have boosted echo of the stock. However, despite substantial improvements, we still believe it is the most binary option in the country, as its funds may not be sufficient in the event of a sudden economic downturn.