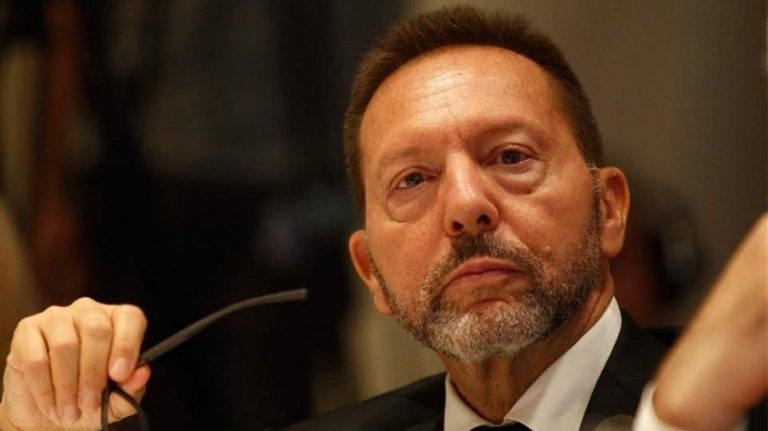 Inflation in Europe will be around 5.5% in 2023, significantly lower than today which is around 10%, Bank of Greece governor says in pod-cast with OT.

Greek central banker Yannis Stournaras forecasts inflation in Europe at around 5.5 percent for 2023, essentially half of the current rate, unprecedented by Eurozone standards since 2022, in a wide-ranging podcast given to OT .

Asked about interest rates, Stournaras, the influential governor of the Bank of Greece (BoG) and a member of the ECB’s governing council, noted:

“I think we’ll now go towards more reasonable increases,” when querying on whether pending ECB rate hikes will be as pronounced as the previous one.

Specifically for inflation, he bases his forecasts, as he said, on the expected and projected reduction of rates in all fuser markets, including for electricity.

“While we saw Russian instrumentalizing natural gas by cutting the supply…in Europe we continued with the target model, pricing electricity based on the marginal price per unit, in which the unit was natural gas, something very expensive,” he said, adding that “greener” RES’s should have been bumped to the front of the list, with natural gas calculated last.

Greek central banker Yannis Stournaras reminded of the stern warnings by the European Central Bank (ECB) and Europe’s central bankers over the risks entailed in crypto-currencies, in the wake of this month’s bankruptcy of crypto exchange platform FTX.

“You’ll remember that we had, long ago, warned about the major risks entailed in crypto-currencies. Luckily, European banks had not loaned (in crypto-currencies), in other words, they don’t have exposure vis-à-vis crypto-currency companies. However, many countries, and to a large extent, in the United States, people relatively below the average income level, invested money and are losing money. That’s where the main issue lies,” the influential Bank of Greece (BoG) governor said, adding:

“In Europe, thankfully, it’s a much less pronounced (phenomenon)… You’d see investment (in crypto-currencies) by eccentric American billionaires, or, by poorer people, who invested as if they’re playing (with money) in a casino. People, however, without knowledge, believed that this was a situation which would continuously rise… This is a very, very risky product,” he added.