It is significant that a country battered by previous crises managed to stand on its feet and not suffer irreversible damage from constantly shifting emergency conditions. 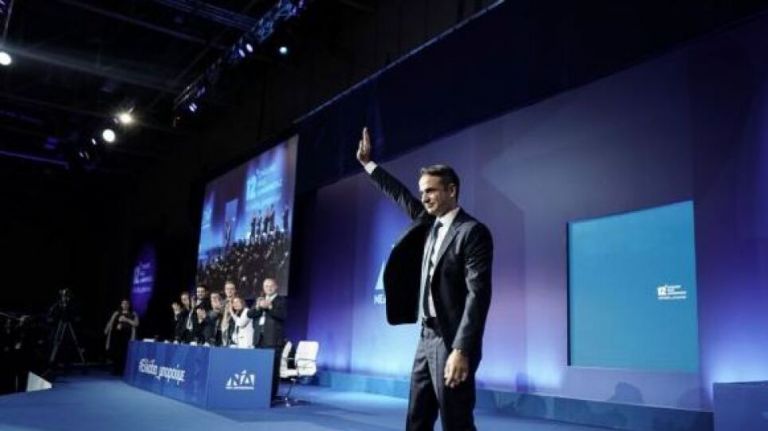 There are many elements of Prime Minister Kyriakos Mitsotakis’ three years in power over which one might critise him– possible delays, overreactions, or an exceedingly optimistic outlook on how particular issues will evolve.

Indisputably, however, since he took office he was forced to manage successive crises that rocked the entire world and dramatically changed conditions in Greece and elsewhere.

These crises came straight on the heels of the preceding decade-long economic crisis in a country that was under the fiscal oversight of creditors and burdened by enormous debt, which although settled did not permit any leeway for domestic economic choices and initiatives.

The PM enjoyed a six-month political honeymoon characterised by excessive expectations of a rebirth, fuelled by his July, 2019 electoral victory.

From the beginning of 2022, he was confronted with the tempest of the COVID-19 pandemic, which brought on stiff public health restrictions, and with the longstanding structural weaknesses of the National Health System.

In the summer of 2020, he had to manage Ankara’s dangerous challenge to the guarding of Greece’s land and sea borders, and in autumn of that year and throughout 2021 he was politically harmed by the worsening of public health conditions due to the emergence of new, more dangerous variants of the virus.

Greece paid a heavy toll, with about 30,000 COVID-related deaths.

Nevertheless, it is plain to see that economic activity has recovered, businesses and citizens were offered critical financial assistance, a positive outlook for tourism was rebuilt, and now tens of billions of euros in EU Recovery Fund monies have spurred expectations of a general rebirth of the Greek economy.

Since last autumn, however, the economic situation once again worsened due to the turbulence in the global supply chain, triggered by the perpetuation of the public health crisis.

Gradually, strong inflationary pressures developed and then skyrocketed following the Russian invasion of Ukraine on 24 February. That led to a quintupling of the cost of natural gas internationally and to a major hike in electricity bills.

Undoubtedly, the PM and his government were plunged into a “perfect storm”.

For an objective observer, it is quite significant that a country battered by previous crises managed to stand on its feet and not suffer irreversible damage from constantly shifting emergency conditions.

The government’s management of the situation may not have been perfect, but it was driven by specific principles and rules.

Whatever Mr. Mitsotakis has been blamed for, one must note that during these successive crises he did not lose his sense of fiscal measure, did not abandon the liberal orientation of his policies, and did not rupture Greece’s traditional alliances. On the contrary, he deepened and expanded those alliances.

In the current war and the resulting international political crisis, the PM adopted a clear and direct stance against the Russian invasion and its revisionist foundations. He has insisted on the need for a unified EU line, has called for collective EU policies to handle the inflationary pressures caused by the war, and has coordinated with the US with a view to post-war redistributions and opportunities.

On the contrary, he has stressed, for example, that available funding for electricity bill rebates can only partially absorb huge price hikes and cannot bring pricing back to pre-war levels.