Under the microscope minimum wage, outstanding pensions, retroactive pensions and productivity bonuses of civil servants – “Prudence and self-restraint” in its report recommends the IMF 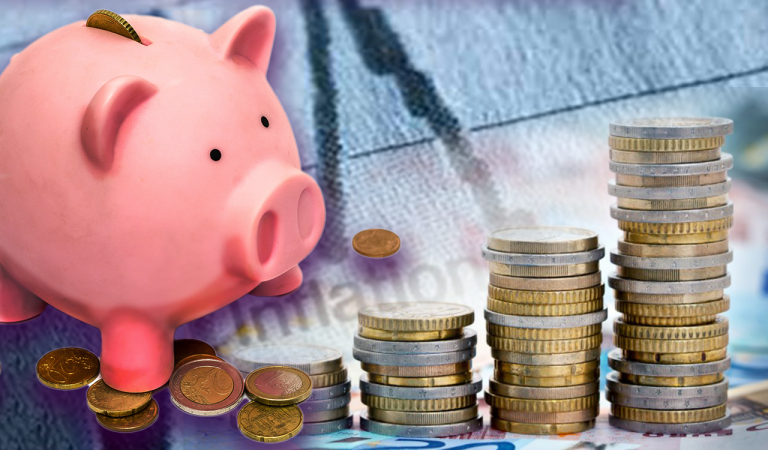 Outstanding pensions, court decisions on retroactive pension amounts, raising the minimum wage and the financial productivity incentives of civil servants introduced by the government, are once again entering the crisis of the European institutions, according to the 14th assessment of the national economy.

This is a “fast track” process that started yesterday and will be completed tomorrow, but at the same time it is the most critical “test”, as it will judge – to a large extent – the progress of Greece and its exit from the regime of enhanced supervision, next June.

The issues to be addressed by European technocrats are – to a large extent – identical to those addressed by the International Monetary Fund in its report on the Greek economy where progress is being made, but also describes the existing uncertainties and the points where “special and restrained manipulations “.

At the same time that the institutions are putting the elements of the economy under their microscope, tomorrow – the first after a long time – a general 24-hour strike has been announced by a decision of General Workers Confederation GSEE and Civil Servants Union ADEDY, with the organizations reacting to the generalized wave of precision that “disappears” workers’ incomes and claim high wage increases.

The “heavy” labor issues on the table

All “heavy” labor issues will be raised in the discussions of the experts with the representatives of the government. Analytically:

1. The outstanding pensions for which the previous evaluation report had “praised” the government for the progress made in the previous months. While the representatives of the Ministry of Labor had assured the European institutions that at the end of the first half of 2022 this problem will be completely solved. European technocrats attach particular importance to this issue, as outstanding pensions are a fiscal “permanent debt”, and are classified as potentially “hidden debt”. However, according to the official data of social security fund EFKA in 2021, more than 225,000 new main pensions were issued, ie the awards increased by 82% compared to 2019. However, a total of 242,061 files for main and auxiliary pensions are pending, of which 182,874 are overdue, ie they are overdue for more than three months.

2. The second issue that is mentioned – constantly – in the European progress reports of the Greek economy concerns the court cases from which the retroactive return of previous pension cuts will be judged. At the moment, the issuance of the court decision of the Council of State for the cuts of the supplementary pensions and the gifts for the eleven months June 2015 to May 2016 is in a long delay. The case was adjudicated in January 2021. Any positive – for the pensioners – decision of the Supreme Court will lead to a new round of retrospectives of about 2.5 billion euros. The level of retrospectives justifies the “interest” as well as the “concern” of the European Commission.

3. The lower and expected second installment increase in 2022 will concern the European institutions and government talks. The process of forming the new minimum wage is “in the final stretch” with the deadline for its completion, to be set for April 15 and its validity from May 1. According to all indications, the new minimum wage will exceed 700 euros as the new increase – after 2% – which will take effect from May is expected to reach and may exceed 6%. The Ministry of Labor will inform about the range of increases proposed by scientific bodies and the social partners.

4. The government plan for additional benefits (bonuses) is expected to be put on the table, which will act as incentives to increase the efficiency and productivity of public employees. These benefits will be paid upon evaluation as additional benefits or rewards for achieving goals.

Meanwhile, the International Monetary Fund, in its report, expresses reservations about the level of increases expected to be given to the minimum wages and recommends “prudence” so that “the competitiveness of the economy is not affected”. At the same time, it expresses reservations about the reduction of insurance contributions if such take place, if “they are not financially balanced by reductions in other benefits”. It is noteworthy that, unlike the IMF, SEV – Hellenic Federation of Enterprises proposes new reductions in social security contribution instead of increases in the minimum wage – except those already in place.

In addition, the IMF report proposes not to increase the salaries of civil servants and “freeze” for – at least –  this year pensions.

GSEE demands high increases in the minimum wage – proportional to the increase in GDP – reminding the Prime Minister of his pre-election commitment to increase them at  twice the GDP growth rate.

With the slogan “the salary is not enough, the bills cannot be met”, GSEE together with ADEDY and the secondary organizations are going on a 24-hour general strike tomorrow ( 6 April) with basic demands demanding increases in the minimum wage and in the sectoral contracts, but also its crucial issue being uncontrollable price hikes.

Just days before the final government proposal for a second wage increase in 2022, the Confederation restores its proposal to set the minimum wage at 751 euros, or close to this level with the “implementation of the government commitment” to double of GDP.

The organization’s report is typical: “the government must keep its pre-election commitment, restoring – albeit a remnant of it (doubling the economic growth for each year) – the minimum wage to 751 euros and then handing over its designation to the EGSSE (ie GSEE and employers’ organizations) “.

In other words, GSEE demands that the salary be returned to pre-crisis levels and then the increase in the minimum wage be determined by the signing of a National General Collective Bargaining Agreement. Something that had been taking place until 2009 – 2010.