Editorial: Everything is in flux

Prime Minister Kyriakos Mitsotakis won the 2019 general election based on the expectation that he would change the country. That was his pledge and it fuelled expectations among the majority of voters. 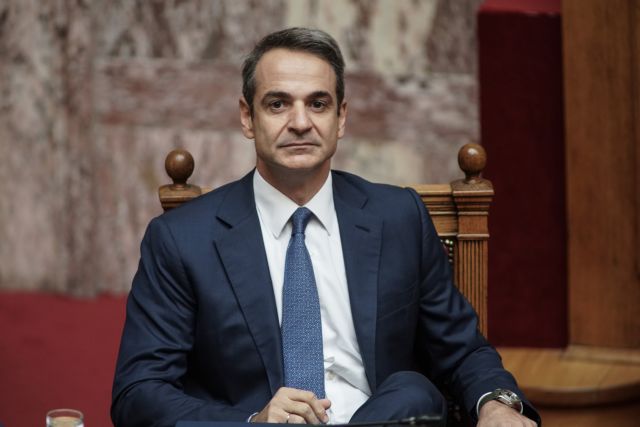 In politics, as in everyday life, everything is in flux, and that view of the ancient Greek philosopher Heraclitus is today predominant because broader economic, social, public health, geopolitical and other conditions are constantly shifting and have an impact on society, changing the public’s frame of mind.

In these difficult and transitional times, with plenty of surprises, the unexpected lurks and changes are constantly multiplying. Things taken for granted are suddenly thrown into question, daily life is changing and the needs of the many are continually increasing.

Prime Minister Kyriakos Mitsotakis won the 2019 general election based on the expectation that he would change the country. That was his pledge and it fuelled expectations among the majority of voters.

However, the PM did not have the necessary time to implement and advance his plans. Less than six months into his term, he was confronted with an unprecedented pandemic – in terms of intensity and duration – which took by surprise and rocked governments all over the world.

To stem the resulting public health crisis, it was necessary to take unprecedented restrictive measures and to overturn almost everything. People were shut inside their homes, social relations were almost eliminated, employees discovered tele-work, and the conservative Mitsotakis government was forced to make huge state expenditures and implement policies that were never part of its programme.

Since then, balances have not been restored. Even worse, in the interim new inflationary, monetary, and geopolitical dangers emerged and undermined, in the manner of an asymmetrical threat, the efforts to achieve economic recovery and exit the public health crisis.

Nearly two-and-a-half years after it came to power, the Mitsotakis government is acting and conducting politics in an emergency situation.

It has struggled to proceed with its own political characteristics and has managed to secure tens of billions of euros from the EU Recovery Fund. Its international presence is impressive. It has gained allies in its efforts and has won the trust of international investors.

However, the continually resurging pandemic is constantly harming it, reminding one of its management and other deficits, and restricting its intentions and capabilities.

The government is in its third year in power and in the summer it will enter its fourth, electoral year. By all appearances, it will be judged not by its 2019 programme and its pre-pandemic plans, but rather by its management of the public health crisis and the accumulated problems it has caused.

For its part, main opposition SYRIZA has remained inert. In the two-and-a-half years since the last general election, Alexis Tsipras did not deliver on promised changes and did not proceed with the restructuring of his party. He banked on New Democracy’s wear and tear as a government and on the idea that the government will fall like a ripe fruit. He thus offered space and time for a rebirth and reconstruction of the centre-left.

The sudden death of centre-left Movement for Change (KINAL) leader Fofi Gennimata, the resulting emotional outpouring, and the memory of PASOK’s [the precursor of KINAL] glory days permitted a rebirth of KINAL, which took advantage of the wear of ruling New Democracy and of the vacuum created by SYRIZA’s inertia.

Now, all pollsters and pundits agree that a political terrain with three main parties is emerging, that whether one-party rule is achieved will depend on a repeat election, that Mr. Tsipras rightly reacted and is even belatedly trying to avert SYRIZA’s return to the status of a small, left-wing party, and that if KINAL leader Nikos Androulakis moves dynamically he has a shot at becoming main opposition leader.

It is obviously too early to draw secure conclusions.

After all, everything is in flux, and on the path to elections there will be many surprises in these transitional and interesting times.