Greece is obliged to pay a lump sum of 5.5 million euros and a fine of more than 4 million euros per half-year of delay, because it did not recover the state aid of 136 million euros granted to the nickel industry 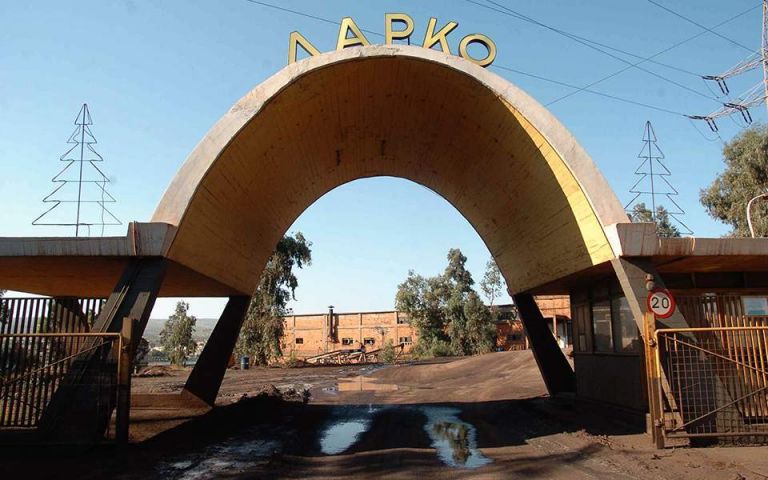 The Court of Justice of the European Union (WEU) weighed in heavily for the LARCO case. According to today’s decision, Greece is obliged to pay a lump sum of 5.5 million euros and a fine of more than 4 million euros per half-year of delay, because it did not recover the state aid of 160 million euros granted to the nickel industry.

The Court had found the violation of Greece at first through a decision issued in 2017.

In March 2013, the Commission launched a formal inquiry into various aid granted by Greece to LARCO, including, inter alia, state guarantees for the years 2008, 2010 and 2011 as well as a capital increase in 2009.

In March 2014, a decision was issued by the European Commission declaring that this aid, as illegal and incompatible with the internal market, should be recovered.

Greece, meanwhile, had notified the Commission of its intention to sell certain LARCO assets through two separate tenders. After the completion of the two tenders and regardless of their results, the nickel industry would be declared bankrupt in accordance with national law and the remaining assets would be transferred as part of the liquidation process.

The Commission considered, on the one hand, that the transfer did not constitute State aid and, on the other, that the question of recovery of the aid in question would not concern the purchasers of the assets.

In 2016, the Commission, considering that Greece had not complied with its obligations under the 2014 decision, brought the first action for infringement against that Member State before the Court. By decision of 9 November 2017, the Court ruled that Greece had breached its obligations regarding the recovery of illegal and incompatible with the internal market aid.

On 29 January 2020, the Commission, considering that Greece had not yet complied with that judgment of the Court, brought an action for failure to fulfill obligations, which was held today. In the second action, he asked the Court to order the Member State to pay a lump sum and a fine.

Then, in February 2020, Greece, due to LARCO’s financial difficulties, decided to include it in a special management regime. According to the Commission, Greece did not take any action to recover the aid in question until after 29 January 2020, the date on which the Commission brought the second action for failure to fulfill obligations. In addition, the infringement continued to exist at the time the facts were examined by the Court.

In its judgment today, the Court finds, on the one hand, that Greece has breached its obligation to take all necessary measures to implement the 2017 decision by 25 March 2019 (expiry date set by the Commission in the warning on the other hand, that the infringement continued to exist at the time the facts of the present case were examined by the Court.

The reasoning of the supreme judges

The Court recalls its case-law according to which the Member State which is the recipient of a Commission decision under which it is obliged to recover unlawful aid deemed incompatible with the internal market must take all appropriate measures to ensure the implementation of that decision. The Member State must recover the amounts due in order to eliminate the distortion of competition caused by the competitive advantage resulting from the aid.

The fact that a company is experiencing difficulties or is in a state of bankruptcy does not affect the obligation to recover the aid which was granted illegally. The elimination of the distortion of competition due to that aid can in principle be achieved, in the context of the insolvency proceedings, by entering in the creditors’ ranking list the claim for the repayment of the aid in question.

However, such registration implies the fulfillment of this obligation only if, in the event that the authorities are unable to recover the full amount of aid, the insolvency proceedings result in the permanent cessation of the activity of the receiving company. Therefore, the permanent cessation of the activities of the company that received state aid is required by only in the event that recovery of the total amount of aid is impossible during the insolvency proceedings.

In the present case, the Court notes that Greece did not take any action to recover the aid in question until after 29 January 2020, the date on which the present action was brought. The inclusion of LARCO in the special management scheme took place in February 2020, ie almost one year after the expiry of the deadline set by the Commission. Moreover, in March 2020 Greece called on LARCO to pay the amount of the aid in question and, in May 2020, gave an order for the recovery of the total amount of this aid.

In addition, the Court finds that the infringement continued to exist at the time of the examination of the facts. In these circumstances, the Court considers that it is appropriate to impose financial sanctions on Greece in the form of a six-month fine in order to ensure the full implementation of the 2017 decision and for the Commission to be able to assess the progress of the implementation of the decision.

Furthermore, the WEU deems it necessary to impose a lump sum as a deterrent in order to avoid similar future breaches of Union law. In determining the amount of the penalties, the Court shall take into account the gravity of the infringement, its duration and the solvency of the Member State. As regards the gravity of the infringement, the Court emphasizes the fundamental nature of the provisions of the Treaty in the field of State aid as well as the significant amount of non-recoverable aid (which amounted to EUR 160 million on 14 May 2020) and the fact that the market for ferro-nickel is cross-border.

The Court also notes the recurring nature of Greece’s delinquent conduct in the field of state aid. In addition, the duration of the infringement is significant: more than four years have elapsed since the first judgment of the Court. In assessing Greece’s solvency, the Court takes as its basis primarily the gross domestic product (GDP) of the state. Furthermore, the Court considers that, in order to lay down sufficiently dissuasive and proportionate sanctions, there is no need to take into account the institutional weight expressed in the number of votes a Member State has in the European Parliament.

The Court therefore obliges Greece to pay to the Union budget a lump sum of EUR 5,500,000 as well as a fine of EUR 4,368,000 per six months of delay in implementing the measures required to comply with the 2017 decision, beginning as of today.