Cavusoglu: Turkey ready for battle against Greece in Eastern Mediterranean 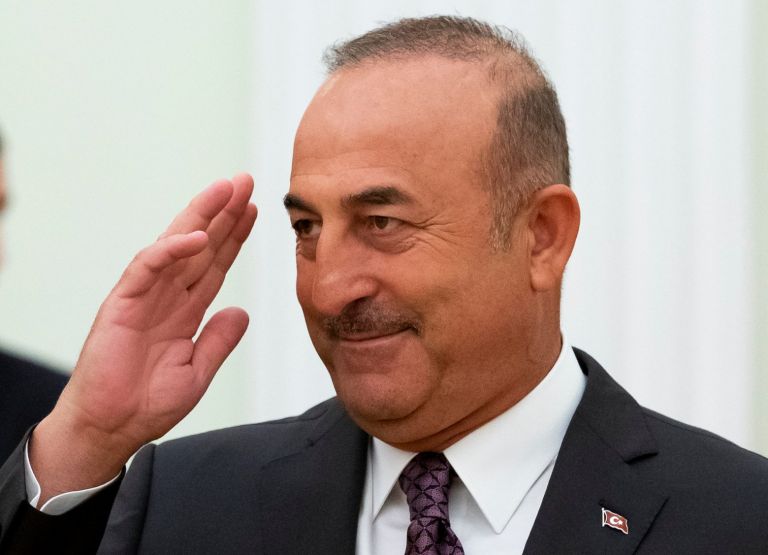 Amidst Ankara’s continuous violations of the Exclusive Economic Zones of Cyprus and Greece. Turkish Foreign Minister Mevlut Cavusoglu has declared Turkey’s battle readiness against Greece at a joint press conference in Ankara.

The declaration comes less than two weeks after Greece and France signed a mutual defence pact and even as Ankara has decided to send its Oruc Reis research vessel to the Eastern Mediterranean.

“We are taking our measures against the violation of our continental shelf. The last time Greece made an incursion one nautical mile into our continental shelf [east of Crete] we issued a NAVTEX and issued the necessary warnings. When they were blocked there they wanted to re-enter the area, at that time from Cyprus, but they faced the same treatment there. They are constantly lodging complaints against Turkey in the international community. I do not know what the benefit is from that. Pehaps domestic politics,” he declared.

Meanwhile, Ankara is again flexing its muscle in Cyprus’ EEZ with a new NAVTEX issued yesterday for the Oruc Reis seismic research vessel to operate in the area between Antalya and Turkish-occupied northern Cyprus between 8 October and 16 December. It will be accompanied by the ships Ataman and Cengizhan.

However, in the context of Turkey’s and Turkish Cypriot leader Ersin Tatar’s insistence that they will accept only a two-state solution of the Cyprus problem, the area in which the Oruc Reis is operating would be the EEZ of a sovereign Turkish Cypriot state, and Ankara’s position is that the occupied north (37 percent of the island’s territory) is entitled to half of the wealth from Cyprus’ hydrocarbons deposits.