Gennimata – “The destruction from the fires is unprecedented” 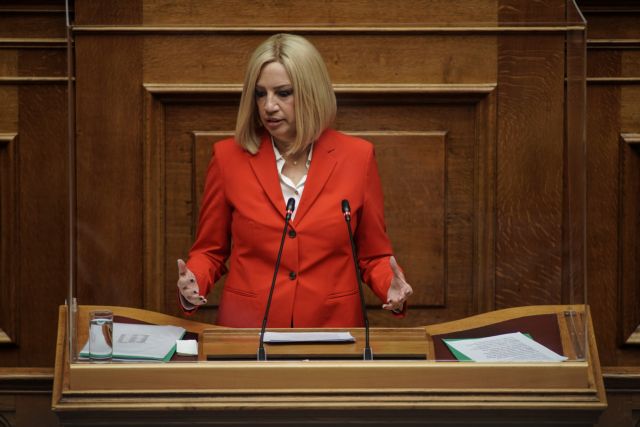 “You told us here that you achieved your goals, with the forests still smoking. “Ever since apologies were discovered, filotimo [honor] has been lost”, stressed Fofi Gennimata using a traditional Greek proverb in the context of the debate in the Parliament on the fires

Movement for Change (KINAL) leader Fofi Gennimata, beginning her speech in parliament on the wildfires debate on Wednesday, accused the government of having failed at all levels: “For the last three month you were telling us that the pandemic is under control, the vaccinations are underway and the country is opening its borders to tourism with safety. You have failed at all levels, the executive state is not working. The pandemic is here and yesterday (Tuesday) we had a record number of admissions to hospitals.”
According to Gennimata, vaccinations have stagnated, there was no control during the summer and the Health System has no support to help it withstand the coming period. You did not manage to persuade the people to get vaccinated” she added.

Referring to the wildfires she said that “the disaster from the fires is unprecedented and proved the inefficiency of the allegedly ‘executive’ state. The civil defence system was tested and it failed.”

Addressing Prime Minister Kyriakos Mitsotakis, she noted that “wildfires are not extinguished with communications stunts. Your apology was a pretext. The responsibilities should be attributed, with the removal of the ministers responsible from office”.