Mendoni – “Offensive to dangerous conditions for the Parthenon Sculptures” 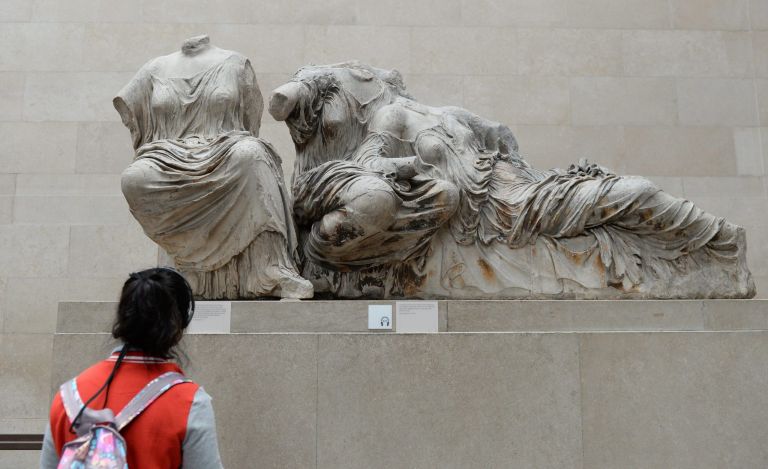 “The Sculptures of the Parthenon, the top monument of Western Civilization, must return to their homeland,” said the Minister of Culture.

“This is not the first time that photographs have been published that reveal that the conditions under which the Parthenon Sculptures are exhibited at the British Museum are not only inappropriate, but are offensive to dangerous.” This was stated by the Minister of Culture and Sports, Lina Mendoni, answering yesterday’s question submitted by Art Newspaper Greece for the publication of its British edition, which concerned the condition of the room where the Parthenon Sculptures are located, in the British Museum.

According to a relevant announcement of the Ministry of Culture, Ms. Mendoni also underlined that “in September 2019, when similar photos were published, we stressed that these images fully strengthen the legitimate, ongoing and non-negotiable request of Greece for the reunification of the Sculptures”.

“The Sculptures of the Parthenon, the top monument of Western Civilization, must return to their native land, and cease being cut off from the monument to which they belong and from which they were violently detached, and be exposed again to Attic light,”  the Minister of Culture concluded..