Tourism – Optimism for occupancy with an eye on the Delta mutation 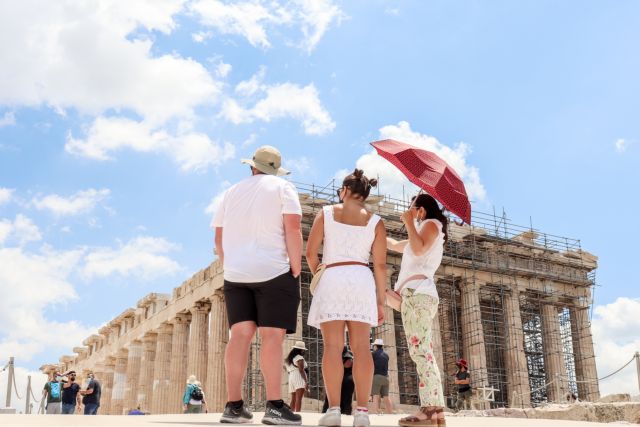 After the concern that seemed to linger during the first period, the decision of the British government to lift the quarantine measure for those returning from Greece changed the climate.

Hotels in Attica and almost all over the country are experiencing increased occupancy as we are now in the heart of the summer season, creating optimism for the course of tourism and revenues that will be particularly critical for the Greek economy this year in its effort to recover from the crisis. of the pandemic.

Representatives of the tourism market express restrained optimism for the course of tourism as the first mass arrivals of British tourists in our country have already begun after the decision of the British government to lift the quarantine measure for those returning from Greece. However, the same circles appear to hold a small basket in their estimates due to the uncertainty caused by the rapid spread of the coronavirus Delta mutation and the fear of new restrictions that may affect travel.

The first arrivals of British tourists took place on July 27 in Crete by the companies TUI and Jet Tours. It is reminded that Britain is the second largest tourist tank for our country after Germany. The picture was similarly positive from other countries, such as Poland.

“We have a way,” businessmen say

In recent days, the tourism industry has been following developments in Germany with particular interest, as it seems to be beginning to record increased arrivals from Great Britain, and bells are now ringing for Germany’s decisions, with the hope that the decisions of the Chancellery will not change for the worse.

Since the middle of last week, Berlin has described Spain and the Netherlands as “areas with an excessive number of cases”, due to the sharp increase in new cases of the pandemic. In other words, anyone who returns from these areas to Germany and is not fully vaccinated or has not recovered from coronavirus must enter a ten-day quarantine, which he can limit to five days with a negative test.

At the same time, however, the emerging climate is moderately optimistic, as hoteliers record increased occupancy across almost the entire country.

The good picture of July and August is reflected in the region of Attica where for example in luxury complexes, such as Cape Sounio, the fullness is at the levels of 2019 and a little higher, but always based on the reduced capacity due to pandemic.

Occupancy is at 90% of the new reduced capacity, as stated to ot.gr by the CEO of Pyramis Hotels Mr. Alkis Panagopoulos, who controls the beach hotel Ever Eden. According to him, the full capacity of the unit reaches 70%.

Besides, as businessmen discover, increased demand is recorded by Greeks who, in the context of protection measures against the coronavirus, want to avoid ships and planes and choose to vacation in Attica, either on the Athenian Riviera or in Eastern Attica.

However, the industry estimates that the numbers are still far from those of 2019, as noted by Mr. Eugenios Vasilikos, general secretary of the Athens Attica Argosaronikos  Hotel Association.

Much will depend on how things go in September , for which now there is no picture as the whole market is “last minute”, he added.

According to hotel market players who spoke anonymously to ot.gr for the time being, Athens is moving at 50% of 2019. This, they clarify, concerns the month-by-month comparison (ie July and August).

Throughout the year the market is much lower and much will depend on how the coming months go.