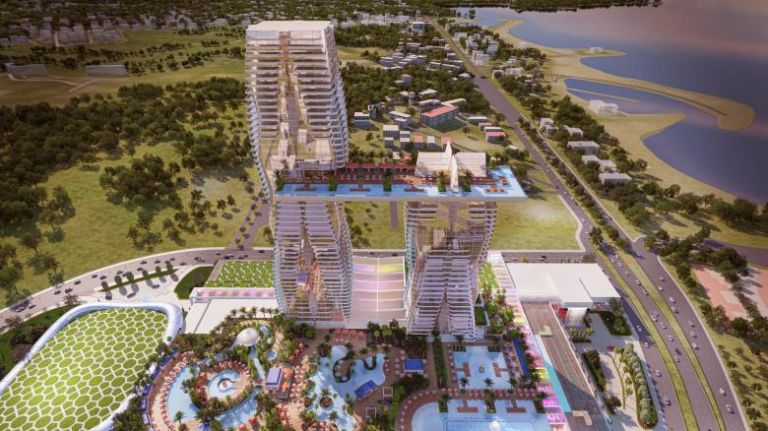 In addition to the luxurious houses and apartments in the 200-meter tall skyscraper, in the area of ​​Elliniko, there are also plans to create about 9,000 houses for the general public. In other words, people of medium and higher financial abilities, who will give life and maintain the business and other activities that grow in the area, from offices and shops to restaurants and sports facilities.

The people of Lamda Development who are in charge of the project constantly repeat that the project will be addressed to everyone and not just to a few moguls, as some people mistakenly believe. They even emphasize that the luxury apartments in the skyscraper “Marina Tower” or villas constitute only 5% of the residential properties that will be constructed in the former area of ​​the Athens International Airport. According to Mr. Athanassiou, the prices for these houses will be lower than the prices for which the newly built houses are sold in the southern suburbs, ie below 6,000 to 7,000 euros per square meter. Sources of the company in private discussions in the recent past, – before the project got off – stated that for the houses that will not be located along the beach front, the prices will start from 3,500 euros / sq.m.

Lamda intends to “give birth” to a new “green” city of about 25,000 inhabitants with neighborhoods and parks that will be open and accessible to all and will incorporate the most modern technologies. “Elliniko will be a smart city, digital, green, a city that will be powered entirely by green energy”, said the CEO of Lamda Development, Odysseas Athanassiou, recently. Apart from the very rich, who scrambled to secure their presence from the very beginning, signing special pre-agreements, according to information from real estate circles, less affluent prospective buyers are also showing interest.

The impressive renderings and designs that were recently presented at an online event made several potential buyers explore existing possibilities. It is indicative that the high demand from both Greece and abroad has already “forced” Lamda executives to accelerate the construction of about 1,500 homes. Speaking at an investment day organized two days ago by Goldman Sachs with the four systemic banks, Odysseas Athanassiou said that pre-sales have exceeded all expectations, describing the success of these pre-sales as hitherto “inconceivable”.

The agreed pre-sales of houses and plots of land, he noted, already amounted to 700 million euros, while he predicted that the estimated pre-sales and sales by the end of the year will amount to 1.2 billion euros.

A similar demand is manifested by renown retail brands for future commercial spaces, focusing on the “Vouliagmenis Mall”.

Expressions of interest from companies / shopkeepers for Vouliagmenis Mall amount to 60% before the official presentation of the plans. This is the shopping center that will be developed on Vouliagmenis Avenue and will be adjacent to the metro stations of Argyroupolis and Elliniko. It will have a net rentable area of ​​72,000 sq.m. against 58,000 sq.m. offered today by The Mall Athens and will be the largest shopping center in the country.

It is estimated that it will be delivered in 2025, as well as the entire coastal front along with a part of the park and the sports facilities. In total, in the implementation phase of the project, which will cost a total of 8 billion euros, about 10,000 persons will be employed, while when the conference centers, malls as well as hotels and other activities start operating, this div will reach 70,000 to 80,000 employees.