Critical juncture for the Cyprus problem

Efforts from various quarters to find proposals to bridge differences entail serious dangers, if one considers that there can be no compromise between proposals for a one-state and two-state solution. 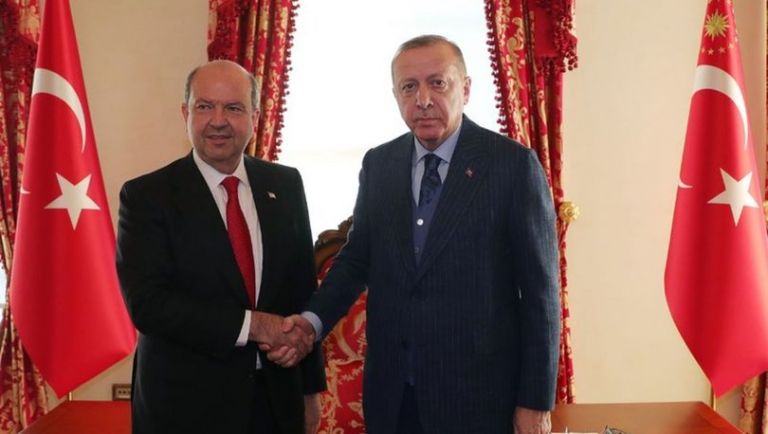 Turkish provocations of the Republic of Cyprus are unfortunately not over.

The recent EU summit may have noted in its conclusions that we are in a period of de-escalation in the Eastern Mediterranean, but that does not at all reflect what is going on in Cyprus.

The illegal actions of the Turkish side in the ghost city of Varosha, in which Turkish-Cypriot leader Ersin Tatar and the Turkish prime minister are playing a leading role, are in fact escalating.

Yet, it would be wrong and irresponsible to view the violation of international law, of UN Security Council resolutions 550 and 789, and of the interim status quo of the area as just another routine Turkish provocation.

The effort to further change the situation on the ground aims at deepening and cementing the de facto partition of the island.

This is being plotted through preparations for the illegal settlement of Varosha and/or an invitation to the families of the city’s legal, Greek Cypriot residents [who were forced out during the 1974 Turkish invasion] to return and live under the occupation regime.

Undoubtedly, these plans overturn all that has been agreed to in the past.

They dispute the draft plan for resolving the issue of a return of territory [to the Greek Cypriots, which has been a key part of past settlement efforts] that the Turkish Cypriot side had itself in the past tabled, which is contrary to the framework adopted by the UN Secretary General on 30 June, 2017. In other words they are attempting unilaterally to determine a priori important facets of any solution and are undermining any prospect a successful conclusion of settlement talks.

The dilemma confronted by the Greek Cypriot leadership in the shadow of these unfavourable developments, and of their accumulated dangerous repercussions, is whether or not it will be satisfied with conducting a campaign to condemn and contain developments in Varosha.

If there is one thing that the history of the Cyprus problem teaches us, it is that the worst de facto situations developed in periods of protracted stagnation in negotiations. It is that the fruitless passage of time facilitates Turkey’s effort to deepen the division.

Four years have passed since the failed UN-sponsored talks in Crans Montana, Switzerland -and the international community’s dismissal of Turkey’s guilt due to what transpired in the talks in the aftermath of the backpedaling, as regards convergence between the two sides, and in particular the disputing of the political equality of the Turkish Cypriots.

Following Turkish provocations in Cyprus’ Exclusive Economic Zone and Varosha, and now Turkey’s objective of reaching a two-state solution at the predictably failed informal conference between the parties in Geneva, there is less room for a fresh, substantial initiative.

This is all the more true because efforts from various sides to find proposals to bridge differences entail serious dangers, if one considers that there can be no compromise between proposals for a one-state and two-state solution.

Nevertheless, though room for persuasive initiatives has narrowed, it has not been exhausted.

If there is one thing that can put the Cyprus problem on the track of a prospective solution in an agreed framework, or reveal Turkey’s true intentions, it is palpable and persuasive support of what was agreed to in previous negotiations – including political equality – as they had evolved before the collapse of substantial negotiations in 2017. Disputing that acquis was attempted unsuccessfully.

Meanwhile, the new round of proposals to bridge differences has once again put the Cyprus problem on the track of past approaches that resulted in an impasse.

If we once believed that there were many paths and a long road to a solution, today we must confront new realities.

We must rise to the occasion and undertake persuasive initiatives.

Essentially, we must choose between a solution that establishes a federation and the permanent partition of Cyprus.