Program for the promotion of Greek tourism international markets in 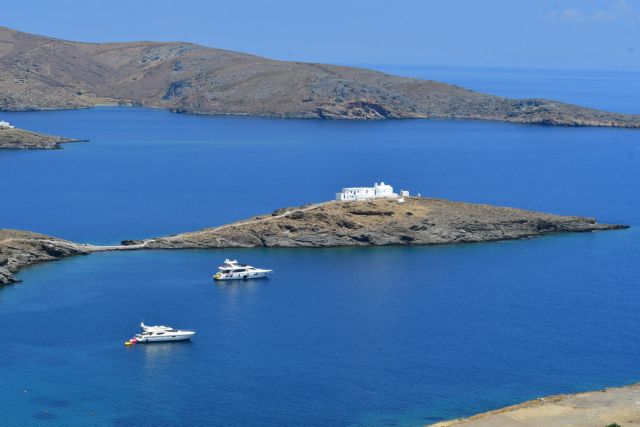 At a dynamic pace, Hellenic Tourism Organization – EOT continues the program of implementing familiarization trips for travel agents (fam trips) and journalists (press trips), with the aim of promoting the Greek tourism product by the largest international media and the opinion leaders of the international tourism industry.

Already, with the start of this year’s tourism season for Greece on May 15, 28 Fam and Press trips have been implemented or are planned for the near future, by EOT and its offices abroad, in collaboration with the Regions, the Municipalities, the Tourism Promotion Organizations of various regions of the country, but also the contribution of tourism entrepreneurs.

In particular, currently in progress are:

• Press trip to Athens, Olympia and Corfu, organized from June 18 to July 4 by the French EOT Service, with the participation of two journalists of the show “Invitation au voyage” of the Franco-German television network ARTE,

• Press trip to Kefalonia, Ithaca, Messolonghi and Athens for journalists of the Danish newspaper “Politiken”, implemented from June 20 to July 14 by the EOT Scandinavian Service,

• Fam trip of the Dutch EOT Service from June 29 to July 3 in Lefkada for six Dutch bloggers,

• Press trips of the EOT Romania Service from June 23 to July 2 for four Romanian journalists and bloggers in Northern Greece (Thassos, Kavala, Samothrace, Lemnos, Halkidiki, Katerini, Thessaloniki), from June 26 to July 1 for journalists of the TV station “Antenna TV Romania” in Paros and Amorgos, as well as from June 30 to July 4 for two journalists of the television network Digi24tv and a Romanian blogger in Rhodes. Also, the same service implements Fam Trip in Corfu and Paxos for representatives of the Romanian T.O “Paralela 45”, from June 28 to July 5.

In addition, the following are planned in the near future:

• Press trips of the EOT Service of the United Kingdom & Ireland for the travel editor of the magazine “House & Garden” in Santorini, Paros and Naxos from 2 to 25 July, and for a journalist of the British newspaper “Daily Telegraph” in Ikaria, Kythnos, Serifos, Amorgos, Koufonisia and Patmos, from July 29 to August 6,

• Fam trip of EOT USA Service in Athens and Crete for the two winners of the draw of the “Eat Like a Greek” campaign, which will take place from 3 to 14 July,

• Fam trip to Thessaly for two journalists of Geographic Traveler Romania, organized by the EOT Service of Romania from 12 to 17 July,

• Press trip to Chios and Psara for three Israeli journalists of the largest sites in the country, which will be implemented by the EOT Israel Service from July 15 to 20.

• Finally, from the 5th to the 7th of July, a Fam / Press trip of the EOT Services was planned. For the Netherlands, Italy and Scandinavia in the framework of the Wine -Toursim Conference, organized by the Ministry of Tourism and the Hellenic Tourism Organization in Santorini, with the participation of both the President of the newly established Global Wine Tourism Organization Jose Antonio Vidal, and the President of the Comitee Europeenne des Enterprises Vin Mr. Ignacio Sanchez, as well as four specialized journalists. This is a Conference of great communication impact and extroversion as it also promotes conference tourism, which is EOT’s long-term goal of EOT for the development of wine tourism, fully combined with Greek gastronomy.

“With the opening of our tourism, we immediately started the implementation of familiarization trips from abroad to our country, which we have planned with our services in Europe and America. Twenty-eight such actions are carried out or have been planned for the next period, in an effort to highlight and enhance the promotion of the Greek tourism experience. We have a very good cooperation with the Local Government, the local bodies and the tourism entrepreneurs of each destination and I want to thank them for their willingness and their great contribution to the joint effort. Journalists, opinion makers, and travel agents come in direct contact with our place, with Greek destinations, after a long absence due to the pandemic and lock downs. In this way EOT maximizes with the lowest possible cost the promotion of Greece worldwide, strengthening the brand name Greece and keeping alive the dream of safe holidays in our country “, said the general secretary of EOT Dimitris Fraggakis.