An estimated 13,000 refugees and migrants lived in the Moria camp which burned down entirely and was long condemned for its sordid conditions. 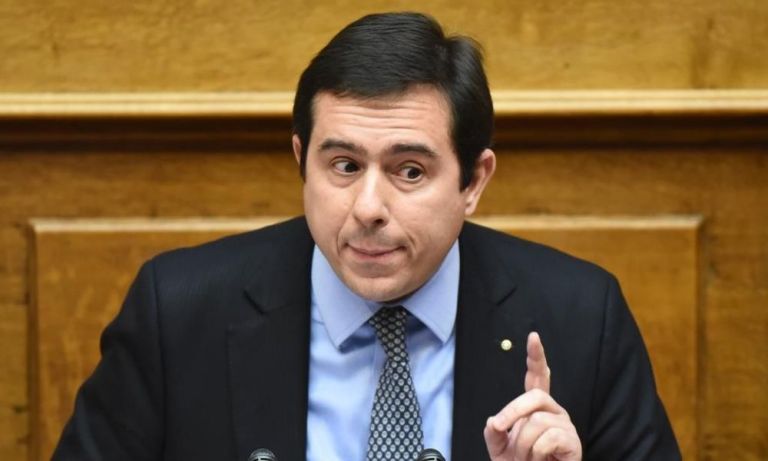 Migration & Asylum Minister Notis Mitarachis said that a passenger ferry and two Navy landing ships will accommodate about 2,000 refugees who are homeless after the fire at Moria, speaking at a briefing of ministers and the head of Greece’s national health agency on Wednesday evening at Lesvos.

Mitarachi added that Moria camp’s «administration premises, the premises of the Asylum Service and other administrative facilities were destroyed. Also, the new health unit’s intensive care area was burnt, while the accommodation areas of the camp’s general population, although extensively damaged, will be repaired.»

During the fire, as he said, the priority was «the transfer of unaccompanied minors to an area outside the structure and its evacuation, to protect the lives of residents and staff, while at the same time to take all necessary security measures.»

He added that «so far, no injuries, casualties or missing persons have been reported.»

Mitarachi noted that «400 unaccompanied minors from the camp are being transferred away from Lesvos island. There are 3,500 asylum seekers whose living quarters were destroyed by the fire and we are taking emergency measures for them. First of all, the most vulnerable, about 1,000 people, will spend the night, as of today, onboard a ship, which is expected to arrive at the port of Mytilini late Wednesday, and which is provided free-of-charge by the shipping company Blue Star Ferries, which we thank for its kind offer,» he noted.

Also, two Navy landing ships are expected to arrive Thursday, to be used for temporary accommodation of asylum seekers, said the minister, while for the remaining residents «tents will be installed in Moria that will be distributed to asylum seekers.»

The minister also stressed that the redistribution of Moria refugees and asylum seekers to other EU member states is a request of the Greek government, and is already been discussed at EU-level.

MMEODY President Panagiotis Arkoumaneas mentioned the implementation of a large number of coronavirus detection tests on refugees and local permanent residents, the strengthening of the Emergency Response Ambulance Service (EKAB), the operational readiness of the Mytilini General Hospital, and also said that, in cooperation with the World Health Organization, authorities will significantly increase the number of doctors and nurses in refugee accommodation structures, «so as to enhance the sense of security.»