Reading Greek Literature from the Argentinian Pampas to the Bosphorus 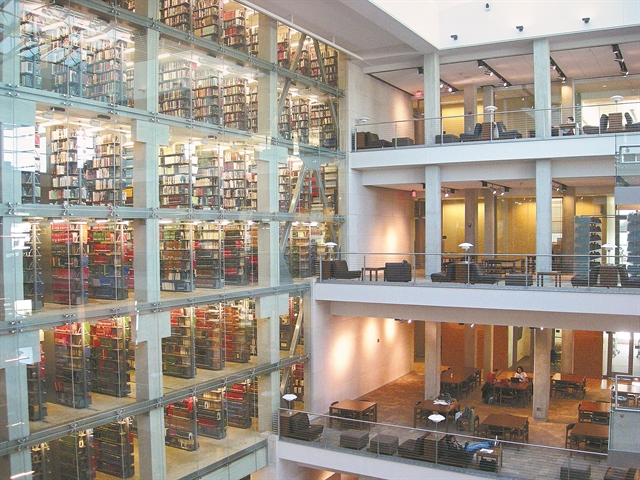 As I was packing up after my first seminar in Buenos Aires, exhausted from having to teach in Spanish for three hours, a dark-haired young man approached me. He explained he had come by bus, all the way from Caracas, Venezuela, to continue his studies in Psychology. Before he departed for his epic journey, his father, an engineer, had given him Cavafy’s poetry to read. The poem “Ithaka,” had inspired him. The student’s enthusiasm, it turned out, was not an anomaly.

I was interested in his motivation for taking my course, a four-week seminar on Cavafy that was funded by the Onassis Foundation six years ago. Prior to my arrival I had worried about how many students would register for a class on a Greek poet that offered no academic credit. At the end 30 appeared — undergraduate and graduate students, professors, retired people, and members of the Greek community. This was an astonishing number in a Spanish-speaking city so far from Greece.

Two years later, when I returned to Buenos Aires for a couple of presentations, I was just as amazed by the number of students who had arrived for the beginner’s course in Modern Greek. Visiting the first day of the class with my colleague, I counted over 100 individuals crowded in a room intended for 40 people. Since there were no more seats, each new student had to search for another chair before coming in.

Is this surprising? Yes and no. I have discovered that, outside of North America and Western Europe, there is a greater passion for literature and for what are known as less-frequently taught languages, like Modern Greek. These readers are more ecumenical in their aesthetic tastes than those in the metropolitan centers of the West.

This was confirmed for me last year when I spoke on Cavafy’s biography at the Atatürk Institute of Bosphorus University in Istanbul. Minutes before the event I grew apprehensive about the turnout. The day before I had lectured on the theory of belated modernization at another university where we had about 15 participants, a respectable number given the topic and that the seminar was in English. But how many people would come to a lecture on Cavafy’s biography? How many would brave the notorious traffic in Istanbul, one of the worst in the world?

Over 60, it turned out. In fact, it was standing room only and latecomers had to be turned away. Amongst members of the audience were students and professors from Bosphorus University, Greek residents of the City, representatives from the Patriarchate, general readers, and a strong contingent of students from Iraq who were doing an MA in literature at another institution. On the way to the bus stop I asked a few of them why they had devoted a whole afternoon to attend a lecture on Cavafy. Their answer was the same as I got in Buenos Aires — because they had heard that he was an important poet.

What connects these students from Iraq, studying in Istanbul to the Venezuelan young man, studying in Buenos Aires? I would say Greek literature in general and Cavafy specifically. While these individuals had never met, they came together in the imaginary space opened by Greek poetry.

Why is this important? It tells us that literature fosters unforeseen connections among people. It accomplishes what the German philosopher, Georg Simmel (1858-1918), said of money – it brings people together from distant places. While money can link invisibly the coffee-drinker on Andros with a farmer in Ethiopia, a lecture on poetry can also connect people distantly removed from one another in bonds of mutual interest and empathy. In a brief span of time and space, for instance, students fleeing the violence of Iraq and others fleeing the financial

catastrophe in Venezuela can share their commitment to the work of a Greek poet born in Alexandria.

Teaching in the Modern Greek Studies Program at Ohio State University, where the Miltiadis Marinakis Professorship for Modern Greek Language and Culture was recently established, I have discovered that audiences exist around the world with their own perspectives to Greek culture, which is different from that in the United States. At a time when people are withdrawing into their own borders because of nationalism and the corona virus, being able to travel and reach them in different countries is becoming ever more important today.

Gregory Jusdanis is Humanities Distinguished Professor at the Ohio State University, College of Arts and Sciences, Department of Classics.