Akar intimates that Turkey is prepared for invasion of Cyprus’ EEZ

‘We simply expect everyone to see the realities and we invite all our neighbours to do so,’ Akar declared. 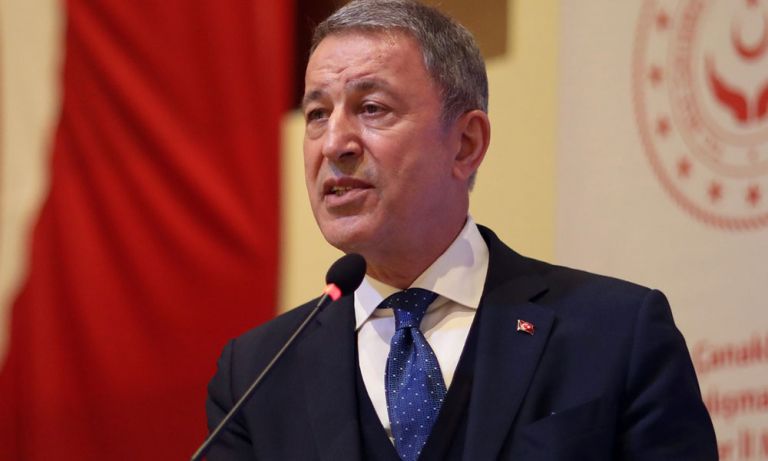 In a statement that brings  Turkey closest to an open threat of war, Turkish Defence Minister Hulusi Akara threatened Cyprus with a new Attila Operation.

At that time Turkey used a specious reading of the 1960 Treaty of Guarantee (one of three treaties establishing the Republic of Cyprus) to invade Cyprus and occupy nearly 40 percent of the island until today.

Both then and now Turkey donned the mantle of protector of the rights of the Turkish-Cypriots, most of whom gradually fled the island after the occupation.

Akar said Turkey in 1974 did what it should have done and it will continue to do so in the framework of international law, although Turkey is consistently violating international law in Cyprus’ EEZ as the US, EU and others have emphasised.

Turkey has not signed the UN’s 1982 Law of the Sea Convention.

Akar in an interview with the state-run Anadolu Agency discussed developments in the Aegean, the eastern Mediterranean, and Cyprus.

“We did what he had to do. That is not weakness. Yet we shall not permit a violation of our national rights,” the Turkish defence minister proclaimed.

“We are not going to close our eyes to de facto situations in these regions. That is not a threat. We simply expect everyone to see the realities and we invite all our neighbours to do so,” Akar said, as quoted by the Cyprus daily Phileleftheros

Regarding the Turkey-Libya MOU on supposed maritime borders that has resulted in international condemnation Akar said, “We as sovereign states and we did what we should have in the framework of the law of the sea, our national interests, and justice and we shall continue to do so.”