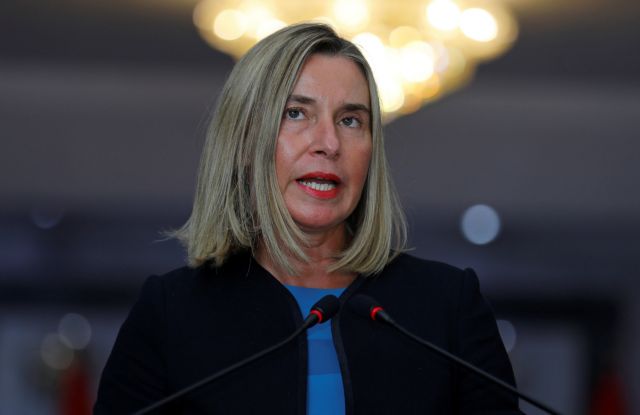 The European Union’s Foreign Affairs Council has approved measures against Turkey in response to its plans for illegal hydrocarbons drilling in the Exclusive Economic Zone of the Republic of Cyprus, confirming the 12 July decision of the Council’s Permanent Representatives and the conclusions of the 20 June EU summit.

The Council approved the Commission’s reduction of pre-accession aid to Turkey for 2020 and invited the European Investment Bank to re-examine its lending to Turkey especially as regards loans with state backing, a measure that would be perhaps the most painful for Ankara.

Even as EU foreign ministers were issuing their conclusions, it was announced that Prime Minister Kyriakos Mitsotakis will on 29 July visit Nicosia for talks with Cyprus’ President Nicos Anastasiades. The first foreign trip of any newly-elected Greek PM is to Cyprus.

The conclusions stated that the Council continues to closely monitor the situation in accord with the 20 June, 2019, EU summit conclusions and called upon foreign policy chief Federica Mogherini to continue reviewing targeted measures in view of Turkey’s continued drilling endeavours in the Eastern Mediterranean.

The 28 foreign ministers express their regret that despite the numerous calls of the EU on Turkey to cease its illegal activities in the Eastern Mediterranean, Ankara has continued drilling west of Cyprus and has begun a second drilling operation off the northeastern coast of the island (off the Turkish-occupied Karpas Peninsula).

The Council repeated that there are serious, immediate repercussions of these illegal actions on the entire range of EU-Turkey relations and called on Ankara to desist, to act in a spirit of good neighbourly relations, and to respect the sovereign rights of the Republic of Cyprus under international law.

The Council also welcomed the invitation of the Government of Cyprus to negotiate with Turkey and noted that the delimitation of EEZs and of the continental shelf must be addressed through dialogue and negotiations with full respect for international law.

The conclusions underlined that the EU remains dedicated to supporting UN efforts to create the conditions, in cooperation with the Greek-Cypriots and the Turkish-Cypriots, for jump-starting Cyprus settlement talks.

The Council stressed that it is of vital importance for Turkey to commit itself to contributing to a Cyprus settlement in accord with the resolutions of the UN Security Council and with EU principles and the EU acquis.

The full text of the Council Conclusions is as follows:

Today, the Council adopted the following conclusions on the Turkish drilling activities in the Eastern Mediterranean:

«1. Recalling the Council conclusions of 18 June 2019 and previous European Council conclusions, notably those of 20 June 2019, the Council deplores that, despite the European Union’s repeated calls to cease its illegal activities in the Eastern Mediterranean, Turkey continued its drilling operations west of Cyprus and launched a second drilling operation northeast of Cyprus within Cypriot territorial waters. The Council reiterates the serious immediate negative impact that such illegal actions have across the range of EU-Turkey relations. The Council calls again on Turkey to refrain from such actions, act in a spirit of good neighbourliness and respect the sovereignty and sovereign rights of Cyprus in accordance with international law.

2. The Council, welcoming the invitation by the Government of Cyprus to negotiate with Turkey, notes that delimitation of exclusive economic zones and continental shelf should be addressed through dialogue and negotiation in good faith, in full respect of international law and in accordance with the principle of good neighbourly relations.

3. The EU remains fully committed to supporting the UN-led efforts to work with the parties with a view to creating the conditions conducive to resuming negotiations on a comprehensive settlement of the Cyprus problem. In this regard, the Council recalls that it remains crucial that Turkey commits and contributes to such a settlement, including its external aspects, within the UN framework in accordance with relevant UNSC Resolutions and in line with the principles on which the EU is founded and the acquis.

4. In light of Turkey’s continued and new illegal drilling activities, the Council decides to suspend negotiations on the Comprehensive Air Transport Agreement and agrees not to hold the Association Council and further meetings of the EU-Turkey high-level dialogues for the time being. The Council endorses the Commission’s proposal to reduce the pre-accession assistance to Turkey for 2020 and invites the European Investment Bank to review its lending activities in Turkey, notably with regard to sovereign-backed lending.

5. The Council remains seized of the matter and, in accordance with the European Council conclusions of 20 June, invites the High Representative and the Commission to continue work on options for targeted measures in light of Turkey’s continued drilling activities in the Eastern Mediterranean. The Council will closely monitor developments and will revert to this issue as appropriate.»