That in 2015 17bn euros in state funds were lost in bank recaps and that non-performing loans burgeoned are obviously mere details for the PM. 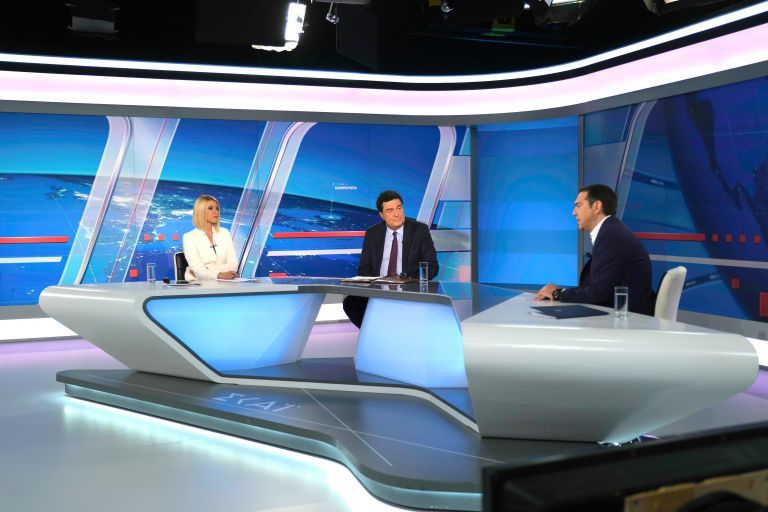 If Mr. Tsipras’ aim in his television interview yesterday was as he had announced to triumph over his opponents, he appears to have failed.

What stood out was a constant apologia for his own and for his government’s works and days.

That was to some degree unavoidable as he managed the country’s fortunes for four-and-a-half years, yet on most issues he was unable to persuade one of the substance and precision of his arguments.

One must not forget that self-criticism and recognition of failures were never the PM’s strong suit.

Although at some point he acknowledged his political naivety, overall someone else was to blame for the mistakes, omissions, and consequences of his policies.

Of course, we also heard the same old story about the damned media that do not like him whereas for his part he supposedly never sought to target media that were critical and to create his own army of pro-government press outlets.

As for the tragic errors of 2015, as the PM would have it the blame belongs to certain self-deceptions, to the Europeans who wanted to kick Greece out of the EU, and to Varoufakis who obviously decided on his own while the PM clashed with the EU as he had pledged to voters  before coming to power in January, 2015.

As for the consequences of this tragic period, the PM maintained that they were nil, as the public debt did not increase.

The fact that 17bn euros in state funds were lost in the recapitalisation of Greek banks and that non-performing loans burgeoned and that the economy was paralysed are obviously mere details.

Mr. Tsipras adopted a similar tack when asked about the Mati wildfire tragedy. He said that he had not been informed in a timely manner that dozens of people had died.

As for the government’s use of the judiciary as a political tool, its machinations in the Novartis case, and its minister referred to as Rasputin by top judicial functionaries, Mr. Tsipras maintained there was no wrongdoing and that simply a major scandal must be investigated.

Overall, for the PM the work of his government was the best thing that happened to Greece in recent years.

As far as he is concerned, over-taxation, the suffocation of the middle class, and the dramatic plunge in public investment are not particularly problematical.

Although he acknowledges the dissatisfaction of a segment of the population, the PM says he discerns love for him in a substantial segment of society.

In a few days, citizens will deliver their final assessment of Mr. Tsipras and his government.

In the general election on Sunday, he will receive the final bill from citizens who trusted his pledges and the hopes that he cultivated right and left.