Main opposition conservative New Democracy has scored its greatest victory ever in regional and municipal elections, winning 11 of the country’s 12 prefectures 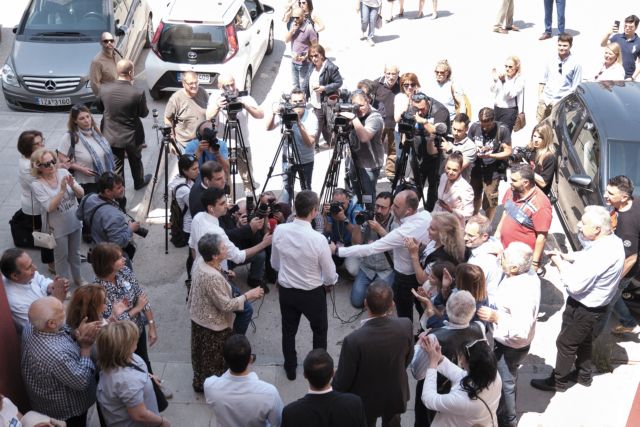 Main opposition conservative New Democracy has scored its greatest victory ever in regional and municipal elections, winning 11 of the country’s 13 prefectures – including a landslide two-thirds of the popular vote for New Democracy-backed Yorgos Patoulis in the enormous Attica Prefecture, which with 3.7mn residents constitutes one-third of Greece’s population – and a landslide victory with two-thirds of the vote for Kostas Bakoyannis in the Athens Mayoral race.

Though ruling SYRIZA never had strong organisation in local government, and there were very few party members in municipal and regional races (Dourou was the prime exception), the sweeping victory of ND-backed candidates  was widely viewed as yet another harbinger of a New Democracy landslide victory in the 7 July general election.

According to official Interior Ministry returns, candidates supported by New Democracy secured a clear lead in six of the seven prefectural run-offs today between the two top candidates in races in which no candidate garnered an absolute majority of the popular vote in the first round of voting on 26 May.

In the Attica Prefecture, Patoulis (until now the Mayor of Marousi and the current president of the Athens Medical Asssociation) garnered 65.8 percent of the vote compared to incumbent Rena Dourou’s 34.2 percent.

Dourou was the highest ranking politician blamed for the botched management of the deadly Mati wildfire of July, 2018, even though the Fire Service, Greek Police, and the General Secretariat of Civil Protection played a major role in the mismanagement of the disaster.

The support of former Pasok president Evangelos Venizelos for the New Democracy-backed candidate in violation of the party line was a key factor in Movement for Change (Pasok) leader Fofi Genninata’s decision to sideline him, which led to his 1 June decision to leave the party.

Venizelos, who favoured a post-general election coalition of the centre-left Movement for Change with New Democracy, declared that Gennimatas’ political strategy will lead the party to become an appendage of SYRIZA.

Movement for Change MPs and cadres are deeply divided over whether to collaborate after the elections with New Democracy or SYRIZA.

Another major victory for New Democracy came in the Ionian Islands prefectural race in which party stalwart Rodi Kratsa garnered 59.1 percent of the vote against Theodoros Galiatsatos.

A much closer race was that in the Mainland Greece (Sterea Ellada) prefecture, in which New Democracy’s Fanis Spanos garnered 51.4 percent of the vote compared to Apostolos Gletsos’ 48.6 percent.

In one of the most bizarre moments of the election night, after the result was made known, Gletsos came out and called on former PMs to come out and declare that a victory for ND in the 7 July general election will be a disaster for the country. He did not elaborate.

The only prefecture lost by an ND-backed candidate was the Northern Aegean, in which independent Konstantinos Moutzouris, a former Athens Polytechnic rector, won with 55.1 percent of the vote, compared to 44.9 percent for ND-backed Christiana Kalogirou.

The closest prefectural race was a photo finish in the Eastern Macedonia-Thrace prefect. With 99 percent of the vote counted, ND-backed Christos Metios finished first with 50.81 percent of the vote, compared to 49.19 percent for Christodoulos Topsidis.

ND had won five prefectures in the first round

In the first round of regional elections, New Democracy-backed candidates won in five of six prefectures in which the winner garnered an absolute majority.

Those were Western Macedonia, Epirus, Thessaly, Central Macedonia, and the Southern Aegean.

ND’s only loss was in the prefecture of Crete, which for decades was a Pasok stronghold.

There, Stavros Arnaoutakis, backed by the Movement for Change and SYRIZA, garnered an absolute majority in the first round.