The Commission appears to be open to the government’s intention of rescinding a law that provides for a lowering of the tax-free threshold as of 1 January, 2020. 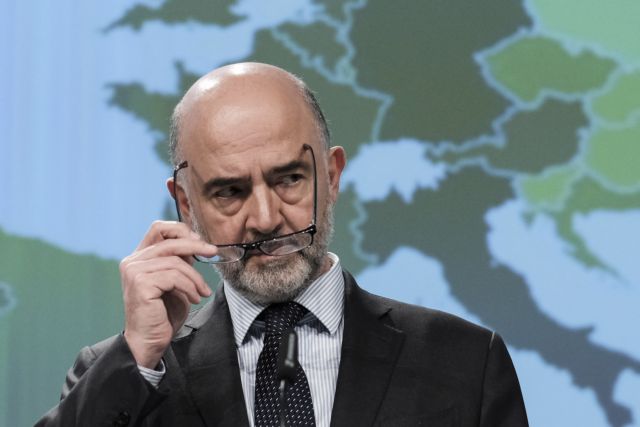 Greece is expected to meet its primary surplus targets in 2019 and 2020 according to the EU’s economic Spring Forecast 2019, presented today by Economic and Financial Affairs Commissioner Pierre Moscovici.

The report underlined that in order to meet targets the state budget must be fully implemented.

The Commission appears to be open to the government’s intention of rescinding a law that provides for a lowering of the tax-free threshold as of 1 January, 2020, a measure supported by main opposition New Democracy, which had voted down the bill.

Brussels say that the planned measure will be discussed in the framework of Greece’s post-bailout enhanced fiscal surveillance.

At the same time the report notes low growth rates and a plunge in investment.

Methodologically the Commission bases its projections on the working hypothesis that the maximum limits of the budget will be fully implemented.

The latest projection has factored in the government’s intention not to implement the legislated tax reform in 2020.

The Commission projects a Greek growth rate of 2.2 percent both in 2019 (where the forecast is unchanged since the last report) and in 2020 (for which the projection has been adjusted slightly downward).

The 2019 fiscal surplus is expected to be 0.5 percent of GDP, after the one-off positive impact of debt measures that were agreed to of 5 April, 2019.

For 2020, however, a fiscal deficit of 0.1 percent of GDP is projected due to a rise in the amount of interest payments and the absence of further debt relief measures.

The impact of judicial decisions

The report notes that continued improvements in tax collection and ambitious plans for paying arrears to retirees, the issuance of whose pensions have been greatly delayed, would be positive developments.

However, it underlines prospective dangers arising from judicial decisions that could reverse certain pension and wage cuts and require the state to disburse large sums in arrears. That could cause a reversal of previous reforms and lead to an increase in fiscal obligations.

Plunge in investment, drop in unemployment

The report confirmed a major plunge in investment as the gross fixed capital formation dropped by 12.2 percent in 2018, but on the bright side the projections for 2019 and 2020 are 10.1 percent and 10.8 percent, respectively.