Then public order minister Nikos Toskas said the Prime Minister had not been informed of the deaths because they had not been “officially confirmed” and that authorities were focusing on saving the living. 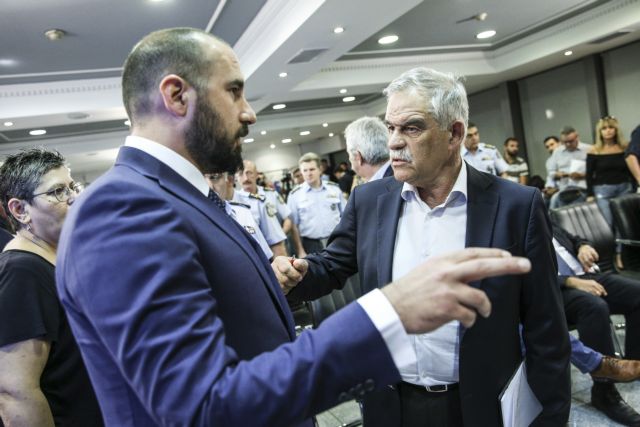 A television expose has revealed recorded conversations of Fire Service and Greek Police officers that demonstrate that the government had covered up the fact that over a dozen people were known to be dead during the July, 2018 Mati wildfire that claimed 101 lives.

The report by veteran journalist Alexis Papahelas on Greek SKAI  television has caused a political maelstrom just weeks before crucial municipal, regional, and European Parliament elections as it clearly demonstrates beyond any doubt that the Prime Minister and his competent ministers were aware of the fact that there were already 13 deaths reported by Greek Police and the Fire Service when they appeared on television during an emergency conference at the Halandri coordinating centre after midnight on the night following the afternoon inferno. They made no mention of any death.

In the televised conference that opposition parties and much of the press have characterised as an unethical show, PM Alexis Tsipras was asking his ministers how many fire trucks were on hand and what time the water-carrying aircraft would take off in the morning.

Then alternate citizen’s protection minister Nikos Toskas, who was in charge of Greek police, in an apparent effort at plausible deniability declared today that the Prime Minister had not been informed of the deaths because they had not been “officially confirmed” and that authorities were focusing on saving the living.

One Fire Service official in a recorded conversation was heard saying that, “There are deaths, but they [the government] are not announcing them.”

“How much indifference to human life and how much cynicism must one have to set up an on-camera communications fiesta when one knows that one is facing an unprecedented tragedy with many dead, and then to be dancing with those co-responsible for the tragedy even as this shocking evidence was being  revealed [on television last night]?” Mitsotakis tweeted, noting that police and firemen were unable to get in touch with their competent supervisors and that, “I bow my head before them.”

Tzanakopoulos told ERT state television today that Tsipras publicly assumed political responsibility for the tragedy even though previous governments which  were responsible for breaking zoning laws and making the town a death trap never assumed any responsibility.