Katrougalos: Cyprus does not have monopoly in Eastern Mediterranean 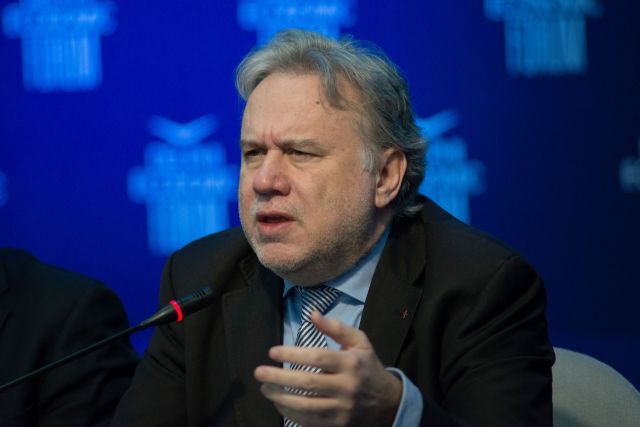 Greek Foreign Minister Yorgos Katrougalos in an interview with the state-run Anadolu Press Agency on the eve of his visit to Turkey declared that Ankara cannot be excluded from energy-related issues in the Eastern Mediterranean.

«How can one exclude Turkey from an area in which it has a coastal line of many kilometres?» Katrougalos was quoted by Anadolu as saying.

While defending the rights of the Republic of Cyprus to drill for gas and oil in its own EEZ, Katrougalos said “of course that doesn’t signify a monopoly over the whole Eastern Mediterranean area”.

Mentioning Greece’s and Greek Cypriots’ cooperation with third parties (Egypt, Israel, Lebanon] in the area, Katrougalos said they would want Turkey to be involved in such discussions, “which takes into account international law” regarding the disputes between the two sides,” Anadolu reported.

«We want the negotiations to begin. But they should be negotiations that have a chance of reaching an agreement, and not just for the sake of negotiating. We are committed to this because we want a solution for the Cyprus issue,» he said.

Katrougalos was quoted by Anadolu as saying there is «a practical and immediate reason» to begin from the west part of the country, but he did not elaborate.

Main opposition New Democracy has said that extending Greece’s territorial waters only in the Ionian effectively bows to Turkey’s disputation of Greece’s sovereign rights in other parts of its EEZ, including the Aegean.