Editorial: From the Prespa Accord to the Troika

It is clear from the discussions that the representatives of the creditors will be more demanding this time around than in their first post-bailout evaluation. 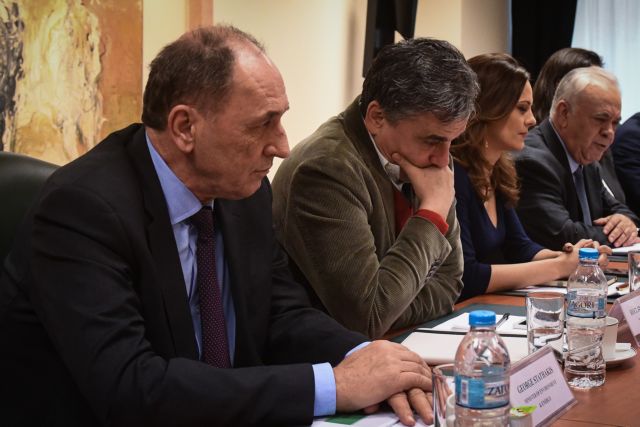 Although Greek politics and society are preoccupied with the Greece-FYROM Prespa Agreement, it is hardly the only problem that the country faces.

The bailout memorandums may in theory have ended but enhanced surveillance remains, and the government maintains that from now on it is free to legislate however it sees fit even though reality belies it.

The example of a planned hike in the minimum wage is indicative. Yesterday it was discussed in talks between creditors and the labour ministry.

It is clear from the discussions that the representatives of the creditors will be more demanding this time around than in their first post-bailout evaluation. They are meticulously examining the data on the course of the economy, so as to submit their report, which will determine the stance of the markets and will allow the return of about 700mn euros in profits of eurozone member-states’ central banks from Greek bonds.

The banks and non-performing loans are of course the big issue. It is directly linked to the maximum value of debtors’ primary residences that will be protected from foreclosure and to the diverging assessments of the government, bankers, and Greece’s creditors. Obviously, the next day will not be rosy as the government would have it.The economy has a long way to go to achieve a healthy growth rate and to create well-paying jobs.

With politics entrapped by polarisation and division, the essential debate over the country’s future has been subjugated to the games of opportunistic, partisan motivations. One does not have the luxury of complacency or, even more so, of indifference.

Whether it is convenient for some or not, the country’s future will be determined by the economy.