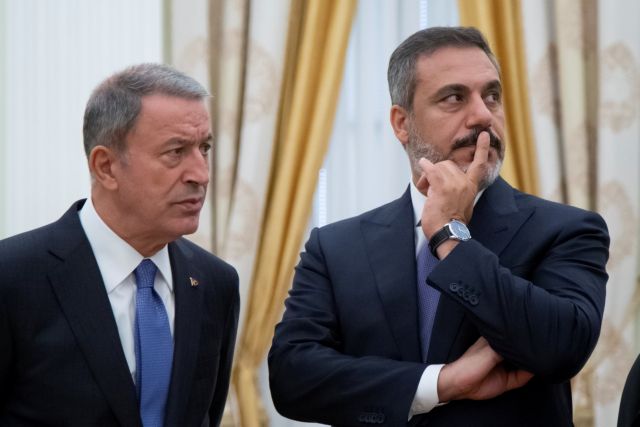 US Assistant Secretary of State Wes Mitchell reiterated Washington’s firm position that as a sovereign country the Republic of Cyprus has every right to exploit its natural resources.

Turkish Defence Minister Hulusi Akar – a former chief of the Turkish Armed Forces – has again unleashed thinly veiled threats against Cyprus and Greece, declaring yesterday that Ankara “will continue to protect its interests in the Aegean and the Eastern Mediterranean”.

Turkey has often made clear that those interests include the territorial waters and Exclusive Economic Zones (EEZs) of its two neighbours.

Akar’s statement essentially rephrases Turkey’s position that it must approve and participate in any oil and gas exploration in the two seas.

Indeed, Ankara is beginning its own exploration off the northern coast of Cyprus (which is Turkish-occupied since 1974) and is in the process of buying a second drill to advance its designs.

Turkish President Recep Tayyip Erdogan has said that he will defend his country’s perceived interests “to the very end”.

“We are in the midst of crucial consultations regarding [settlement] negotiations and the future of the Cyprus problem, and it would be best to avoid comment,” said Cyprus’ government spokesman, Prodromos Prodromou after the talks.

Prodromou reiterated Cyprus’ firm and longstanding position that once a Cyprus settlement is reached, the Turkish-Cypriots (who are fewer than the Turkish settlers and their descendants in the occupied territories) will have their share of the energy profits of the island, on which the Republic of Cyprus is the sole legitimate and internationally recognised state entity.

Meanwhile, US Assistant Secretary of State Wes Mitchell reiterated Washington’s firm possession that as a sovereign country the Republic of Cyprus has every right to exploit its natural resources.

It should be noted that ExxonMobil has already commenced offshore drilling of Cyprus, often with the presence of US warships in the broader area.