Editorial: Messages of the US elections

The important lesson of these elections is that there are social forces which can intervene to change the rules of the game and defend the values of pluralism and democracy. 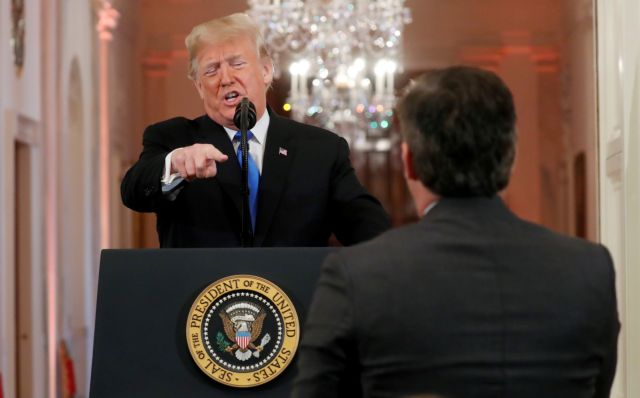 Donald Trump with his customary immodesty may have rushed to congratulate himself on the results of the midterm elections, but the post-election realities are not as favourable for him as he would have it.

Undoubtedly, the US remains a divided country, and the messages of the elections cannot be ignored.

Demagoguery, xenophobic rhetoric, and nationalist trenches may have maintained their forces, but they are not invincible.

The answer to the US President’s charlatanism came from the anti-Trump diversity movement. The unprecedented election of so many women is obviously an answer to Trump’s racist and misogynist rhetoric. The same stands true for the election of a series of candidates who represent a different vantage point in politics. Migrants, Muslims, Native Americans, and representatives of the LGTBQ community will from now on stand against Trumpism daily.

The massive voter turnout is crucial, as 30 million more citizens than in the last midterm elections in 2014 came out to vote. The Democrats may not have dominated as some believed, but they won a series of decisive states that gave Trump the US Presidency. The demagogic cries of the US President seem to have rallied important voting groups, which discerned the danger of America being transformed from a tolerant, liberal democracy into an autarchic and xenophobic one.

The divisions in American society, however, remain. Trump has enough time left despite the difficulties he faces, to divide it even more. The differences are widening between rural and urban America, and between traditional white voters who consider themselves to be the owners of the country, and the ever expanding identity movements

The result is a polarising clash, which with the help of the social media undermines the traditions of liberal democracy.

The important lesson of these election is that there are social forces which can intervene to change the rules of the game and defend the values of pluralism and democracy.

That is a message that transcends the boundaries of America, as one sees similar phenomena all around the world.