Editorial: The ‘black hole’ of the Defence Ministry

Despite the periodic revelations and the often painful consequences for those implicated, phenomena of corruption and bribery persist at the sinful Defence Ministry. 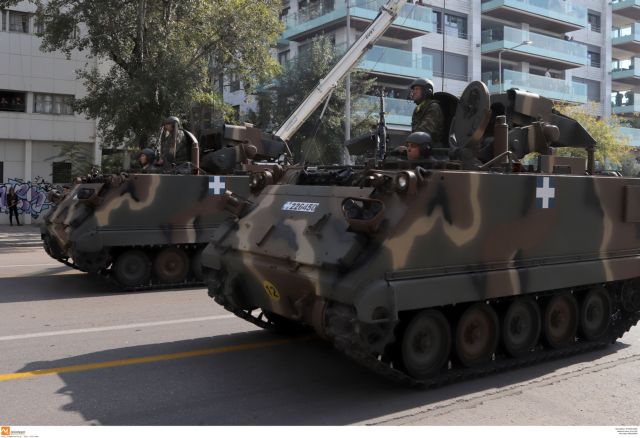 In 1909, the government of Kyriakoulis Mavromichalis, with a view to the approaching Balkan Wars, sought to acquire a contemporary cruiser, in order to ensure operational capability in the Aegean.

To that end, he turned to the Orlando shipyard, in Livorno, Italy, where there was an outstanding contract to build a battle-worthy ship that had been ordered by the Brazilian government, which broke the contract for financial reasons.

There was an interest for the same ship on the part of Turkey, which, fully aware of Greece’s tragic economic condition, was delaying, with a view to a prospective price cut.

At that point, the Greek side mobilised, gathering the required eight million gold drachma down payment, through a grant from national benefactor Georgios Averof, and the deal was sealed. The remaining 15.6mn of the purchase price came from the National Fund of the Fleet, which was supported en masse by the embattled citizenry.

The negotiating team, comprised mainly of military officers, upon conclusion of the agreement, were offered an “award”, as the kickback was euphemistically named, equal to ten percent of the purchase price.

The officers not only rejected the kickback, but also demanded an equivalent discount on the price which they had negotiated.

In 1910, the ceremonial launching of the ship took place, and it was none other than the battleship Averof.

The story is obviously a timely reference to the current “black hole” in Defense Ministry procurement, to the case of former defence minister Yannos Papantoniou (who has been remanded in custody on charges of money-laundering), and to possible future cases, which well may arise, as there have been many doubts raised about current military procurement practices.

It is common knowledge that in defence procurement today, a lack of transparency and bribes are prevalent.
Over the last decades, there were innumerable arms scandals which preoccupied and enraged public opinion.

Everyone knows that the arms industry conceals many dragons, and many who are willing to profit, economically and politically.

It is known that surrounding arms sales there is a coordinated and extremely broad network of immensely powerful international interests and linked procurers, middlemen, and corrupt politicians, who have no compunction about putting their hand in the till, indifferent to the consequences.

It is true that, especially in Greece, this process is facilitated by the particular conditions of tension with an aggressive neighbor, Turkey.

The puzzle is completed and bolstered by the confidential nature of the actions and the sense of impunity that prevails in the ranks of those involved. In the past there had been attempts to audit arms expenditures, alas in vain.

Despite the periodic revelations and the often painful consequences for those implicated, phenomena of corruption and bribery persist at the sinful Defence Ministry.

In the “black hole” of the ministry, a regime of lawlessness survives. It is the result of the lack of transparency and the supposed confidentiality of actions and choices.