In a stormy cabinet meeting, Kotzias ripped into Kammenos, charging that the defence minister is actively undermining the interests of Greece and the government. 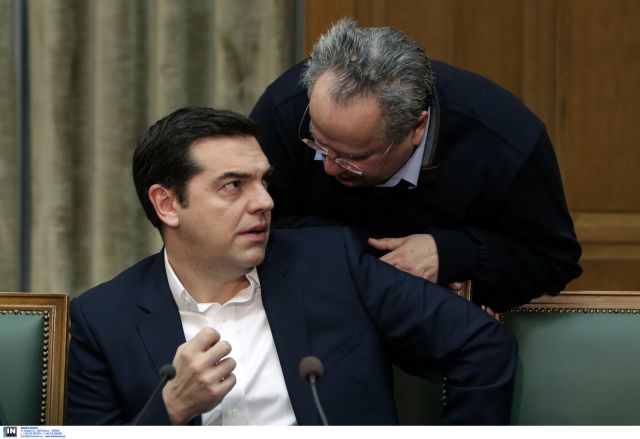 Foreign Minister Nikos Kotzias has tendered his resignation to Prime Minister Alexis Tsipras, who immediately accepted it and announced that he will assume the portfolio.

The resignation comes straight on the heels of yesterday’s stormy cabinet meeting, during which Kotzias lambasted Defence Minister Panos Kammenos, Tsipras’ junior coalition partner, after Kammenos on an official visit to Washington trashed the government’s Greece-FYROM Prespa Agreement and presented his own “Plan B”.

Following a vitriolic exchange, Kotzias stormed out of the cabinet meeting and two hours later, at his request, was received by President Prokopis Pavlopooulos, with whom he had an hour-and-a-half discussion. It is believed that he signaled his intentions to Pavlopoulos.

In announcing today that he will assume the foreign affairs portfolio, a clearly unsettled Tsipras declared – in a clear message to Kammenos – that he will tolerate no double-talk or personal agendas on the part of ministers, and in a clear message to Greece’s allies, he strongly stressed his unswerving support for the “historic” Prespa Agreement and FYROM PM Zoran Zaev’s feverish efforts this week to pass in parliament the constitutional amendments required by the accord.

Kotzias was reportedly enraged by Tsipras’ decision to keep an equal distance from his two ministers, even though Kotzias for months had conducted the arduous negotiation that led to an agreement that Tsipras fiercely defends and touts as an historic achievement.

At the cabinet meeting, Kotzias ripped into Kammenos, charging that the defence minister is actively undermining the interests of Greece and the government.

Late last night and this morning Kotzias’ associates signaled his intense annoyance and indicated that he was considering resigning.

Those leaks triggered a decisive public reaction by government spokesman Dimitris Tzanakopoulos, who repeated the late prime minister Andreas Papandreou’s famed quote that “whoever cannot endure should get off the train”, a thinly veiled allusion to Kotzias.

That statement strongly suggests that Tsipras had already had taken his decision to sacrifice Kotzias in order to save his coalition with Kammenos.

Government cadres are said to have aligned themselves with the substance of Tzanakopoulos’s message.