Answering the positive international reactions to the bailout exit, the ND leader said they reflect the relief of certain EU officials, as Athens has agreed to new commitments without requesting any new loans. 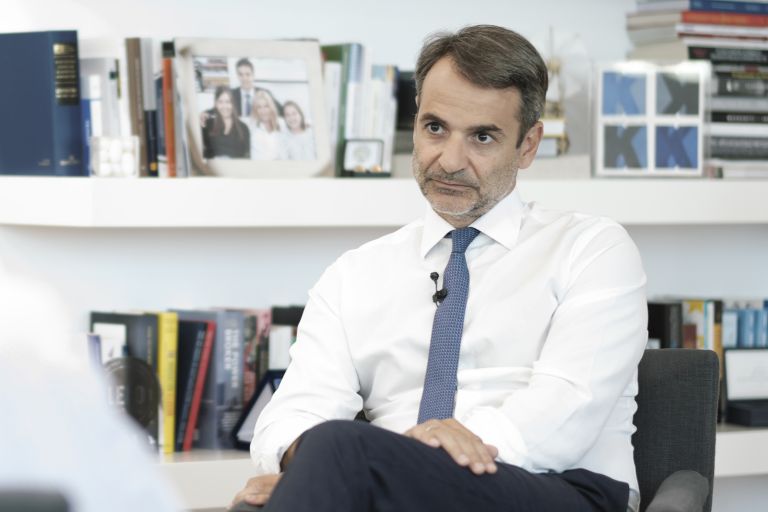 Share
New Democracy leader Kyriakos Mitsotakis issued a blistering reply to Prime Minister Alexis Tsipras’ national address from the island of Ithaca, which marked the completion of Greece’s bailout.
Mitsotakis denounced the “fake symbolism of Ithaca which provokes only sorrow and rage”.
Tsipras chose Ithaca in an attempt to draw a between Odysseus’ return to his homeland and Greece’s exit from the bailout memorandums after years of travails.
Mitsotakis once again demanded early elections. “We have not reached the end of the journey. Today cheap borrowing ends, but the harsh measures and heavy commitments that Mr. Tsipras has signed on to remain,” he said, asserting that this is essentially the start of a fourth bailout memorandum.
“Mr. Tsipras said that he would tear up the memorandums, but instead he signed an unnecessary third memorandum that cost us over 100bn euros. Now is the start of a fourth, informal memorandum, with long-term austerity, new pension cuts, and hikes in taxes and insurance contributions,” he said.
As for the PM’s address, Mitsotakis said, “He not only continues to lie, but even today, when self-knowledge and unity in the face of future challenges should have prevailed, he insists on dividing the Greek people. He stages fake events as he did on the night of 23 July, when we heard on live television the assurances of ministers that all was going well, even as dozens of people were burning in Mati.”
Answering the positive international reactions to the bailout exit, the ND leader said they reflect the relief of certain EU officials, as Athens has agreed to new commitments without requesting any new loans. “The problem is now solely our own, and not theirs,” he said.

“We shall not transcend the crisis as long as the current government – which insists dogmatically on an irrational mixture of taxes and insurance contributions – is in power. The lives of Greeks will not improve until we acquire an effective public administration, a contemporary social state, and competitive education and security for all,” Mitsotakis said.