Erdogan and the release of two jailed Greek army officers

The first and most important reasons for releasing the officers are the dramatic developments in the Turkish economy, and US President Donald Trump’s clash with President Erdogan. 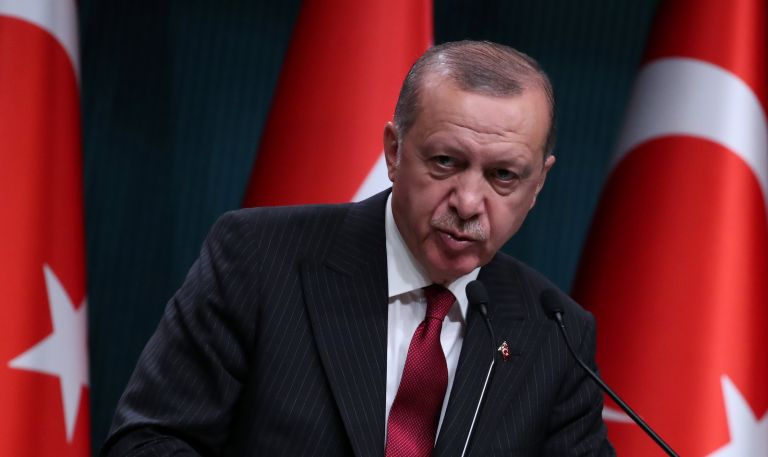 Share
The two Turkish lawyers for the two Greek officers who were jailed in Turkey revealed that they were surprised by the court’s 14 August decision to release them, even before they were to submit their next petition for release.
“Even before their formal request for release, the judge announced the prosecutor’s decision that they would be freed and not tried on charges of espionage, because there was no incriminating evidence,” said attorney Ozel Felin.

It may have taken Turkish authorities five-and-a-half months to complete their probe, however the reason for their sudden release are linked to the Turkish president.
The first and most important reason are the dramatic developments in the Turkish economy, and US President Donald Trump’s clash with President Erdogan. Sources say US officials handed Ankara a list of 15 people imprisoned in Turkey, including the Greek officers Angelos Mitretodis and Dimitris Kouklatzis, the American Pastor Brunson, German citizens and others.
Hence, either Erdogan is doing an about-face in order to approach the West and open the road for more releases of prisoners whose cases have concerned Washington, or he is sending a resounding message to Trump, that he is freeing the Greeks who committed no crime, as opposed to pastor Brunson, who faces charges of terrorism and participation in the Gulenist network.
If Erdogan wishes to clash with the West overall, then the goodwill getsure will go no further. If he shifts direction in order to avert an economic disaster, he will make the necessary moves in such a way that they will not harm his political prestige.
A second reason for the release of the Greek soldiers may be the recent end of the state of emergency that Erdogan announced two years ago, right after the abortive coup against him.
A third possible reason, which the Greek government vehemently denies, is that some kind of exchange has been agreed to as regards the status of the muftis (jurists who interpret Muslim law) in Thrace.
A few days ago, the Greek parliament passed a law to fire the two muftis appointed by the Greek state, a move that satisfied Ankara.

Ankara has long demanded the direct election of the muftis by the Muslim population in Thrace.

Οι στατιστικές πίσω από το τείχος ανοσίας – Η απειλή της νέας παραλλαγής και η σημασία της 2ης δόσης
The release of the two Greek officers is not a result of the pressures exercised by the EU and Greece.
Only the US would be in a position to do that, and the confluence of events contributed to the positive developments.

Perhaps the release indicates that although Erdogan may be all-powerful in his country, but he faces a strategic impasse in his relations with other countries.