A lawyer for the family of victims in the deadly Mati fire has attributed blame to the Attica Prefecture, the Fire Service, and municipalities. 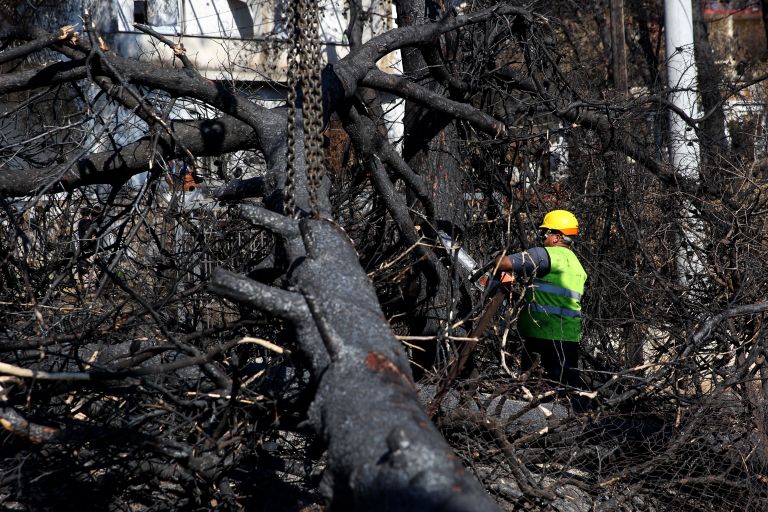 A lawyer for the family of victims in the deadly Mati fire has attributed blame to the Attica Prefecture, the Fire Service, and municipalities.

The lawyer says that the case involves possible conscious criminal negligence, and repeated manslaughter due to negligence.

“For felonies, the law provides for a 5-10 year prison sentence, and the penalty for misdemeanours is a jail sentence of up to five years,” said lawyer Antonis Foussas, who has filed the first lawsuit of relatives of the victims of the Mati disaster.

Foussas said that, “There were specific omissions similar to those witnessed in the huge 2007 wildfire in Ilia prefecture.

Foussas listed the links between the two cases.

The prefecture is responsible for cleaning up dried material from the streets, drafting a plan in March on how to handle such cases, informing people that there is a level 4 (the highest) danger, and informing people so as not to be burned.

Their attorney filed with lower court prosecutor Elias Zagoraios an application to join proceedings as a civil party against whomever the prosecutor has deemed culpable.

The plaintiff is Aris Herouvim, the brother of radiology technician Vasiliki Herouvim. She was found charred, along with her mother, Efpraxia, and her twin daughters Evelina and Marilia.

In the petition, the lawyer requested access to a series of documents related to the case, so as to assist the prosecutors in proceeding with an “unhindered and in-depth investigation, so as to deliver justice, and to rule out tampering by anyone with the documents in the criminal probe, however high up they may be”.