Kammenos tries to set the record straight on military procurement 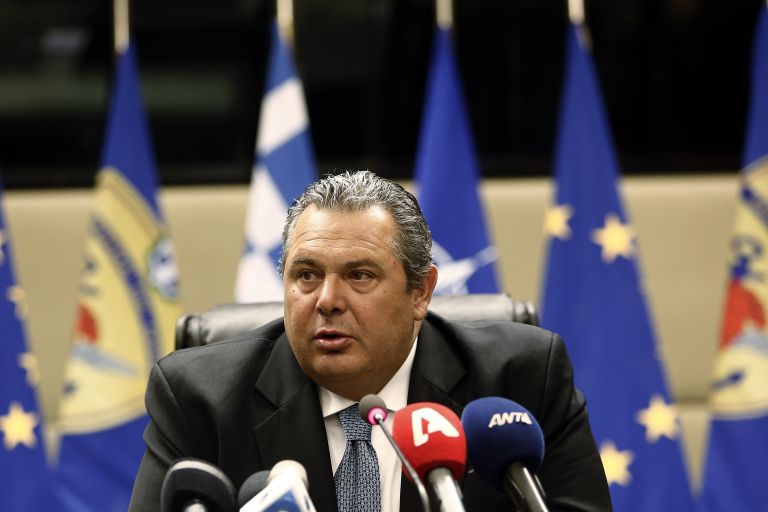 Defence Minister Panos Kammenos addressed the issues of the upgrade of Greece’s F-16 fighter jets and the procurement of two French frigates, which alternate Defence Minister Fotis Kouvelis had said would be leased by Greece by summer, at a news conference today.

Athens is in the midst of talks with the US regarding the F-16s’ upgrade and the payments schedule for the 1.1 billion euro deal, Kammenos said.

“The programme to upgrade the F-16s runs through 2028, and if an agreement is reached, the first aircraft will be delivered in two years,” Kammenos said.

“At the recent meeting of the Government Council on Foreign Affairs and Defence, it was decided that the government will push ahead with the F-16 upgrade deal,” he said.

“I am informing my American counterpart for the fourth time. The Greek government wants to go ahead with this programme, in the framework of our capabilities. No one can tie up money that he does not have,” he said.

Kammemos said that as regards the procurement of French frigates, there was an older programme discussed under ex-defence minister Evangelos Meimarakis, which did not proceed due to financial difficulties.

Kammenos said PM Alexis Tsipras and French president Emmanuel Macron have discussed collaboration on constructing frigates in Greece with the use of funds to be returned to Athens from profits on Greek bonds held by European central banks.
Kammenos said Macron appeared positive regarding the Greek proposal.