Easter behind bars in a Turkish prison for two Greek officers, parents visit

For the fifth time since the capture of their sons on 1 March, the parents of the two officers are today making the journey to the maximum security prison in Edirne to visit with them. 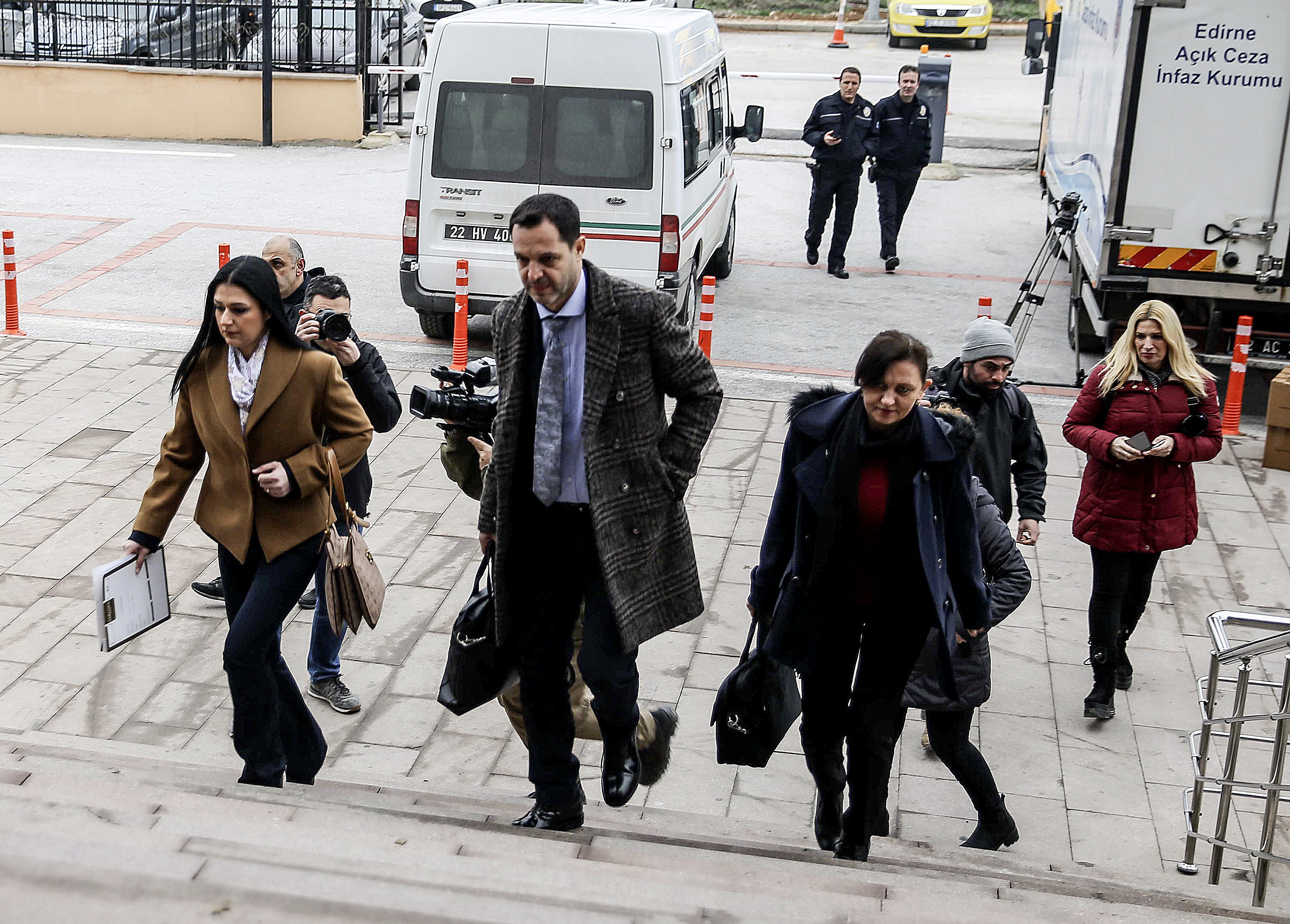 For Angelos Mitretodis and Dimitris Kouklatzis, the Resurrection will be late in coming.The two Greek officers captured by Turkey at the Evros border will be spending Greek Easter this Sunday in a maximum security prison, amidst an outpouring of solidarity and sympathy from from the Orthodox Church of Greece, the military and the entire Greek nation.

Alternate Defence Minister Fotis Kouvelis in a telephone conversation assured the parents of the two officers that the government is exhausting all possibilities to achieve the release of their sons and their return to Greece, and asked them to convey the government’s solidarity and his best wishes for Easter.

The government over the last month of the officers’ imprisonment, without charges having been filed or a court date set for their trial, has succeeded in internationalising the case, securing a European Union plea for their release and apprising Nato, the UN, Washington, and even Russian President Vladimir Putin – whose close ties with Recep Tayyip Erdogan make him one of Ankara’s most trusted and influential interlocutors at this juncture – of the situation.

American officials, and US Ambassador to Athens Geoffrey Pyatt in particular, have said that they are closely monitoring the situation.

For the fifth time since the capture of their sons on 1 March, the parents of the two officers are today making the journey to the maximum security prison in Edirne to visit with their sons.

In the last month, there have been large protests in Orestiada demanding the release of the officers.

They will be briefed by Greek consular authorities in Edirne on the latest judicial developments in the case, which leave little room for optimism.

A stern call from the Greek government for Turkish authorities to finally reveal on what charges the two officers are being held has gone unheeded, and Turkish judges have repeatedly rejected the petitions of lawyers to release the two men pending trial.

The Greek Army General staff has planned actions to express solidarity with the two officers.
Small signs with the phrase “You are with us” will be posted at military dining halls and other venues.

For Easter services, military priests will set aside two empty seats in honour of the two officers.

A television spot will be produced to express the national solidarity for the two officers and a call for their release.