Today’s exercise, approved by Prime Minister Alexis Tsipras, is clearly designed to signal to Ankara the Greek military’s readiness for any provocation and challenge 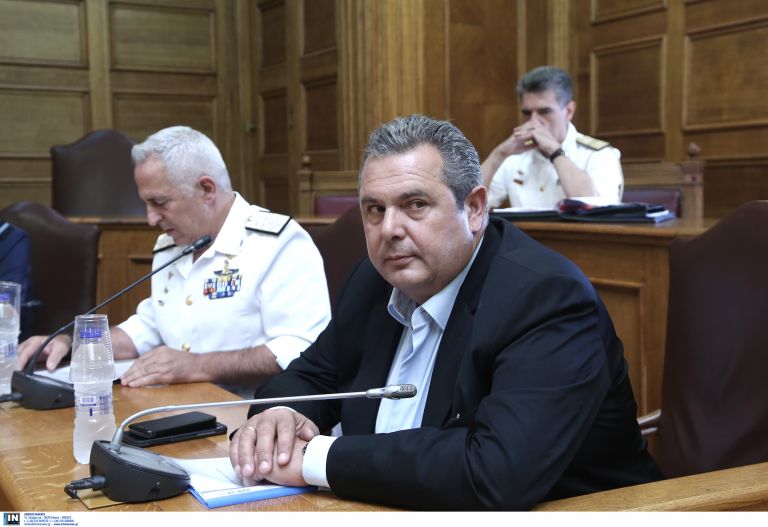 An extraordinary mission readiness exercise that includes retaking rock islets captured by the enemy was ordered suddenly in the early hours this morning by Defence Minister Panos Kammenos and Greek military top brass.

The wide-ranging manoeuvre is not a routine exercise, as it marshaled the Delta Group, an inter-branch, emergency rapid-action force that is on constant alert for operations in the Aegean, Thrace, and Cyprus.

Fighter jets from Larisa, and Greek Army and Navy special forces are participating in manoeuvres in the Dodecanese island complex, where Turkey has disputed Greek sovereignty over dozens of islets and rock islets.

An announcement by the General Staff this morning stated the following:

“In the first morning hours of Wednesday, 28 March, on instructions from the Minister of Defence, the Chairman of the Joint Chiefs of Staff [Admiral Evangelos Apostolakis, photo above] ordered the “Firebrand” mission readiness exercise. The exercise is being conducted in the area of the Dodecanese islands, with the participation of units from all three branches of the armed forces.”

The order for the exercise comes straight on the heels of European leaders’ failure to persuade Turkish President Recep Tayyip Erdogan to cease hostile actions in the Aegean and Cyprus’ Exclusive Economic Zone (EEZ), and to free the two Greek military officers jailed for nearly a month in a Turkish prison, with no formal charges filed.

Just a few days ago, Defence Minister Panos Kammenos in an interview with the French daily Liberation expressed concern that the two countries are very close to a deadly incident.

Turkey has conducted numerous military exercises in the Aegean of late, and has tied up half the Aegean for protracted manoeuvres that will extend past Greek Orthodox Easter, on 8 April.

Today’s exercise, approved by Prime Minister Alexis Tsipras, is clearly designed to signal to Ankara the Greek military’s readiness for any provocation and challenge, and coincides with a symbolic visit of President Prokopis Pavlopoulos to the Greek Navy Base at Salamina.