“The rule of law in Turkey committed suicide,” the witnesses said. They also described human rights violations in Turkey. 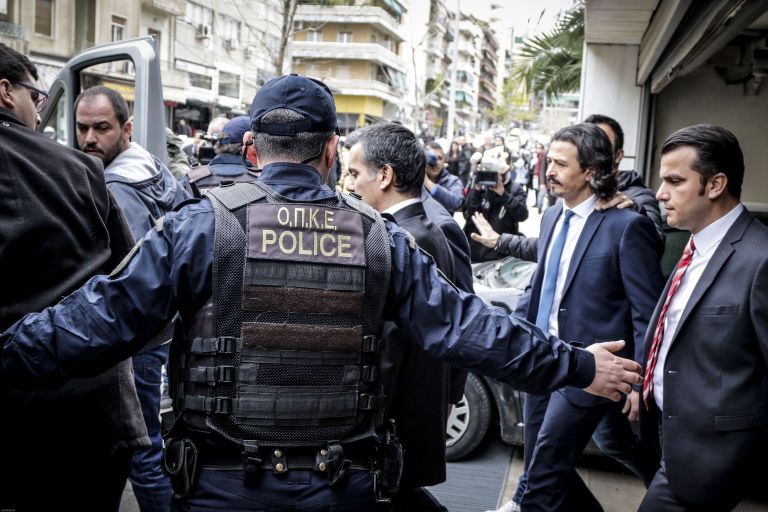 The Council opined that the citation of the first three crimes, on which the court has already ruled, is unacceptable, as no new evidence was presented, while the remaining alleged crimes are totally vague.

In any event, the court concluded that there are well-grounded indications that there will not be a fair trial, but that on the contrary, there is a danger of torture, inhuman treatment, and degrading behaviour.

The rejection of the third extradition petition by Turkish authorities was first recommended by prosecutor Eugenia Kyvelou. Citing the decisions of the Supreme Court, she reiterated that if the officers are extradited they cannot have a fair trial, and that there is a serious danger of torture.

“There is no indication of new evidence that would show that they would have a fair trial, and that the situation in Turkey has changed,” the prosecutor said.

As for the new unlawful acts cited in the third petition, Kyvelou underlined that the file does not describe the role of the accused. It also does not specify the time and place of their allegedly unlawful participation.

Because there is no change in the facts evaluated by the Greek Supreme Court, Kyvelou said the extradition request must be rejected.

At the beginning of the hearing, the former general secretary of the justice ministry – who is also vice-president of the Union for the Rights of man – Yannis Ioannidis, and author Apostolos Doxiadis, were examined.

“The rule of law in Turkey committed suicide,” the witnesses said. They also described human rights violations in Turkey.

The president of the Council of Appellate court judges, Ioanna Klapa, said that the accused have no duty to prove that nothing has changed in Turkey.

The eight officers denied all charges and described the conditions in their country, and the repercussions of their arrests on their families.

According to the arrest warrant issued by Turkish authorities, the eight are accused of plotting to overthrow the Turkish government or impeding it from carrying out its mission, of attempting to abolish the Turkish Grand National Assembly (parliament), of an attempt to overturn the constitutional order, of participation in an armed terrorist organisation, and of attempted murder, deserting and going to a foreign country, theft of military equipment and incurring damage on materiel.