The parliamentary question lists all the statements by cabinet ministers and ruling claition MPs that attack particular judges or the justice system more generally. 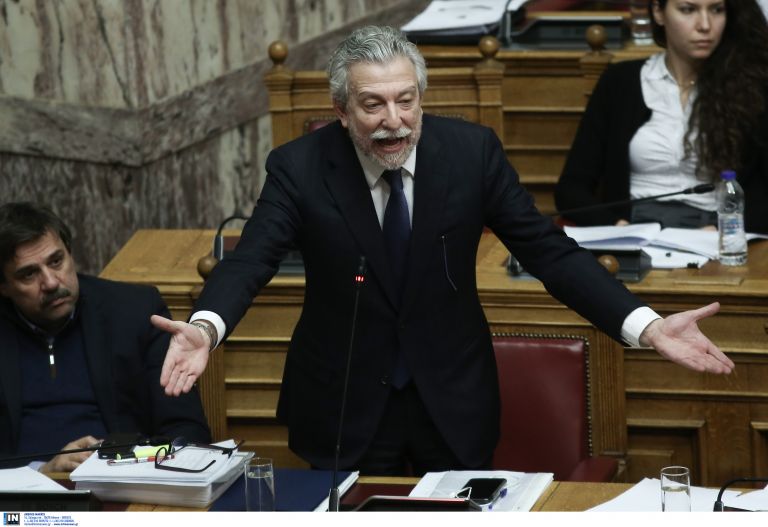 New Democracy has accused the government of a systematic attempt to meddle in the judiciary, citing 22 cases in a lengthy parliamentary question for Justice Minister Stavros Kontonis.

The text speaks of “an organised plan to control the judiciary”, and says there have been continual government interventions in the judiciary over the entire three years the Syriza-Independent Greeks government has been in power.

The conservative MPs ask what the minister intends to address the issue and protect the authority of the judiciary , and whether he agrees with the position that Syriza took the government but did not take power, a reference to a remark made by Prime Minister Alexis Tsipras’ wife, Betty Baziana, in a recent interview.

The parliamentary question lists all the statements by cabinet ministers and ruling coalition MPs that attack particular judges or the justice system more generally.

The main opposition party focuses in particular on how the government dealt with the vice president of the Council of State, Athanasios Rantos, who was on the bench when the high court ruled unconstitutional the government’s law on broadcast television licensing.

The MPs note that the General Secretary of Information and Communications, Lefteris Kretsos, had responded to that ruling that judicial decisions may be “binding but not respected”.

They also recall that the prime minister’s press office had referred to judicial functionaries as a “para-state”.

New Democracy also charges that the government engaged in a legislative violation of the separation of powers, when it passed a law that favoured Ivan Savvidis’ SEKAP tobacco company, which faces tens of millions of euros in fines over an older contraband law violation, as the law could have led to the dismissal of the huge fine.

Finally, the question notes the prime minister’s remark that the judiciary is an “institutional impediment”. Tsipras was referring to a judicial ruling that barred the finance ministry from auditing tax cases that are over five years old.

* Manos Charalambakis is a reporter for Ta Nea