Tzanakopoulos: “We will not surrender the country to the creditors”

Government spokesperson Dimitris Tzanakopoulos ruled out the prospect of early… 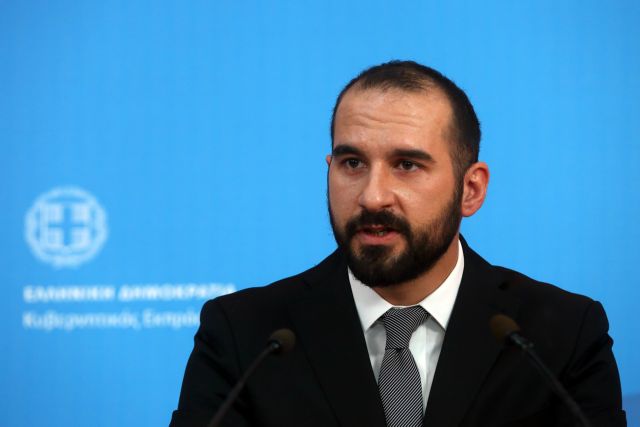 Government spokesperson Dimitris Tzanakopoulos ruled out the prospect of early elections, in a radio interview on Monday morning for Parapolitika FM. “Early elections are not, in any case, part of our planning. We will not hand over the country to the creditor demands” he argued in his radio interview.

Furthermore Mr. Tzanakopoulos noted that the government expects to finish with the bailout agreements and supervision by August 2018. He also added that even if the bailout program review is delayed, there is no chance of early elections.

During his interview the government spokesperson accused the main opposition party New Democracy of aligning itself with German interests, citing the recent roll call vote in Parliament. Although New Democracy officers favored the bill for supporting low-income pensioners, the party decided to vote ‘present’ in Parliament. Mr. Tzanakopoulos estimated that New Democracy may decide to support the VAT hike suspension for Aegean islands and that the main opposition party aims to derail the negotiations.