Bridge in Konitsa collapses due to heavy rainfall 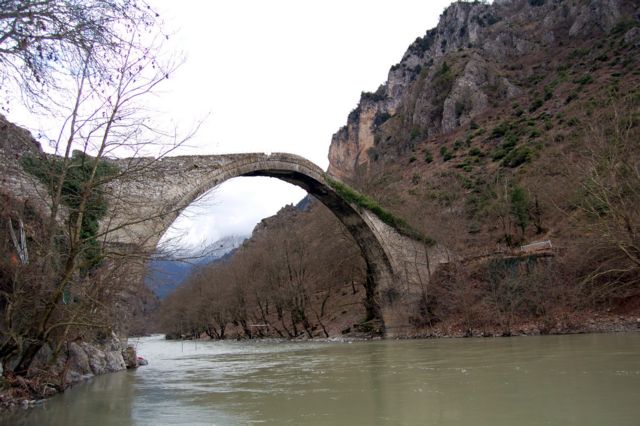 The heavy rainfall in the past couple days have caused the collapse of the cement bridge at the village of Langada in Konitsa on Wednesday morning. The bridge, which was designed by Ziogas Frontzos and was constructed in 1870, connected the village with the provincial road.

According to the Mayor of Konitsa Andreas Papaspyrou the rainfall eroded the foundations of the bridge, on the side of the village. Mr. Papaspyrou also informed the Athens-Macedonia News Agency that the River Aoos swelled up and flooded fields in the area. The District Governor of Epirus Alexandros Karchimanis is expected in the area.